Secondary Still Without Takeaway After 3 Games 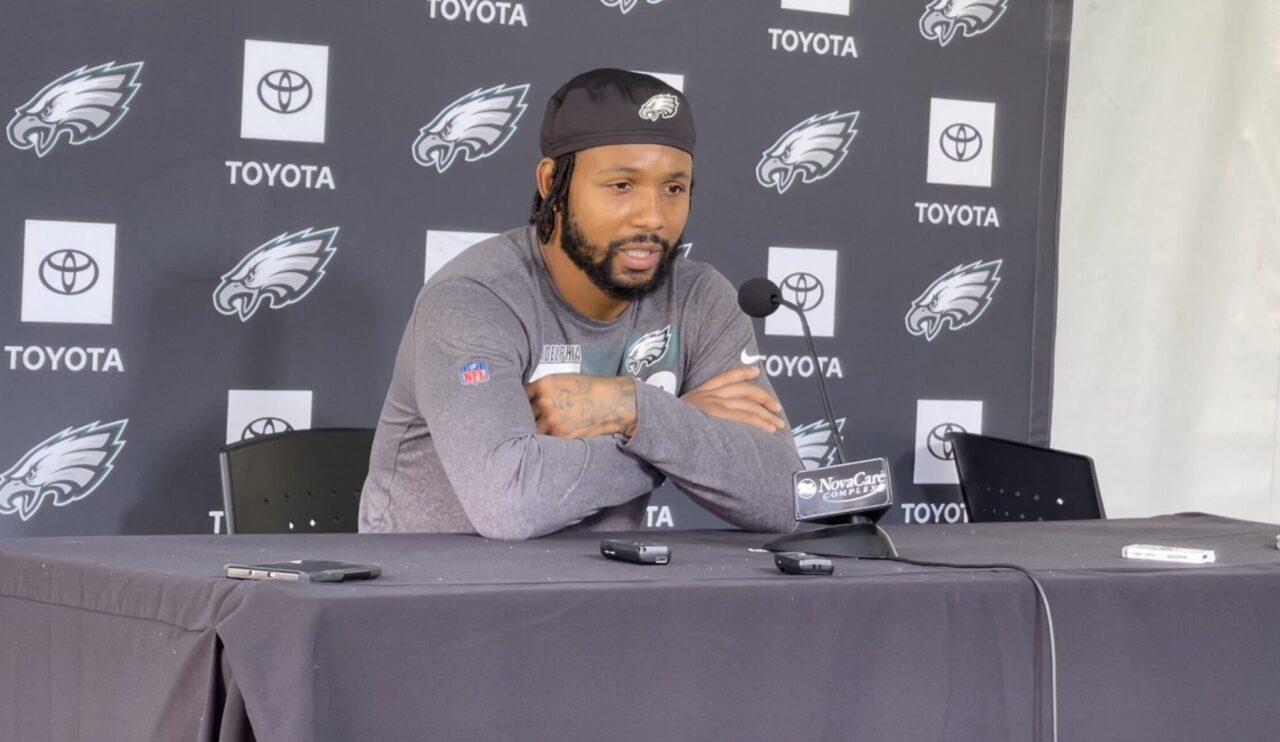 Steve Nelson and Eagles cornerbacks haven’t yet produced an interception

Turnover production is often perceived to be a fickle component of measuring the success of an NFL defense.

On one hand, these momentum-shifting plays are essential to combating the current landscape of high-powered, contemporary offensive juggernauts. On the other hand, coaches and players typically paint a picture of takeaways as a domino effect, where just one can cause an avalanche of others.

The Eagles’ new-look secondary, and its group of linebackers, is still waiting for the first sign of a major turnover tide, which has become a troubling trend in recent years. The unit has endured a three-week drought, compiling just four passes defended and squandering several opportunities

“I think it’s just a mentality,” cornerback Steve Nelson said Thursday. “And you kind of gotta have a few things go your way. Pass rush has to be, obviously, a factor.

“On the back end, we have to be in great coverage. But, you know, if you look around the league and you see certain interceptions – some guys just be in the right place at the right time. That’s how I always looked at it.”

Unlike previous seasons, the Eagles seemingly have personnel equipped to flip the field.

Signed to a 1-year deal in March, safety Anthony Harris is just two seasons removed from leading the league in interceptions (6) while Nelson, a mid-summer addition, accounted for 9 passes defended and a pair of interceptions last season in Pittsburgh.

While both players have provided physicality, tenacity, and savvy football intelligence to a defensive backfield that already included three-time Pro Bowl cornerback Darius Slay, the trio has yet to fulfill its ball-hawking promise despite ample opportunities.

“It just comes to being at the right place at the right time,” Harris said Wednesday. “And essentially, coming down and making a play. Sometimes, they’re going to throw it to you. Just be in the right area, and you can kind of get cheap ones. And some of them, you have to go out and attack and do what you can with film study and go out and make a play.

“I think we take a look at teams that are doing well with the interception battle – I think Dallas is ranked pretty high in terms of interceptions. Kind of like Darius [Slay] said, the opportunity is there. If we come up with those, we’ll have two, maybe three picks under our belt and it makes things look a lot better and we’re not having this conversation.”

Despite both the offensive and defensive units reeling, if the Eagles expect to successfully navigate a tough slate of upcoming games, it will likely require defensive coordinator Jonathan Gannon’s veteran-laden unit stealing a possession or two, especially to supplement an inconsistent offense continuing to find its way.