Two of the NFL Draft’s top defensive prospects are slated to visit the Eagles before the draft.

Cincinnati product Ahmad Gardner, considered the top cornerback prospect, is scheduled to visit the Eagles in Philadelphia on Sunday, according to a league source, while former Oregon defensive end Kayvon Thibodeaux is also slated to visit the team, per another league source. 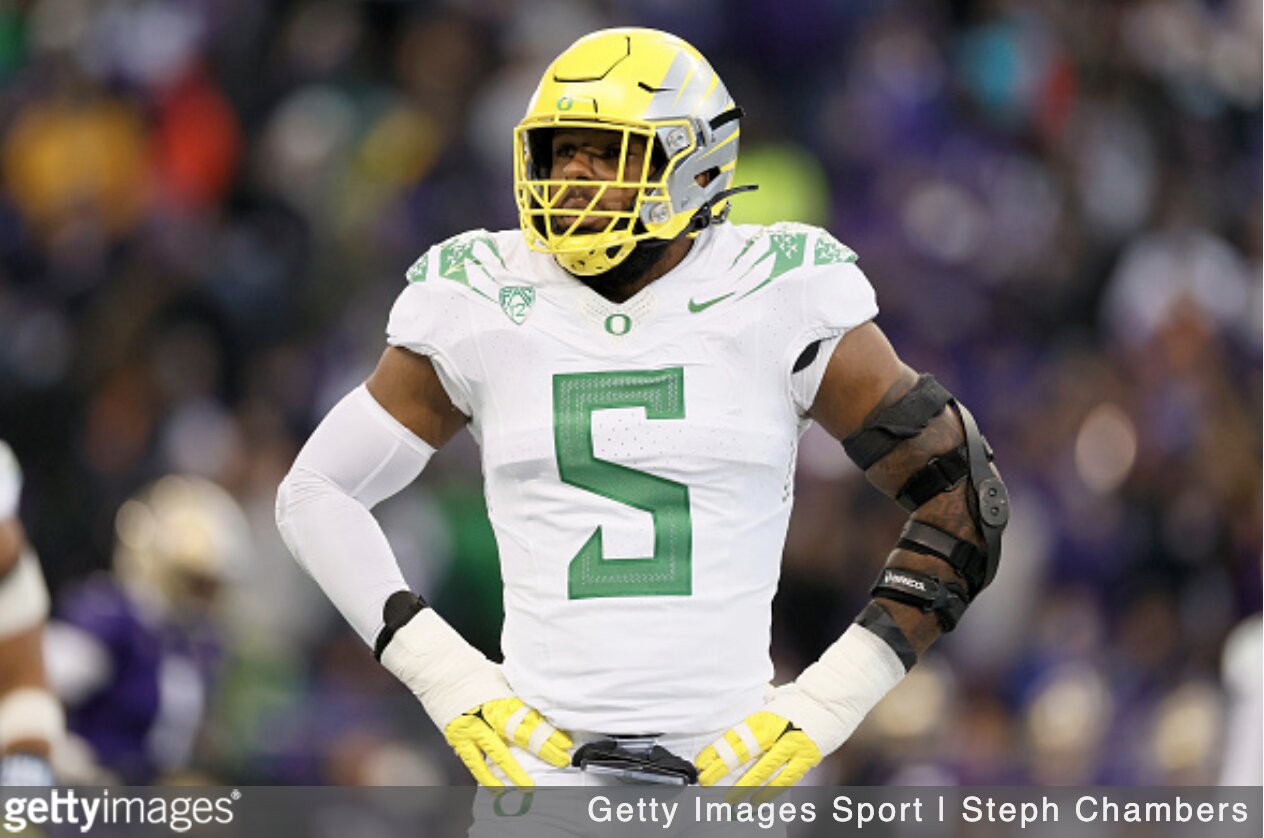 The Eagles are looking at top defensive prospects, including Oregon’s Kayvon Thibodeaux.

NFL teams are allowed to bring in 30 draft prospects from outside their region for interviews at team facilities leading up to the draft.

Gardner and Thibodeaux are viewed as potential top-10 picks, with Gardner potentially going among the top five. The depth of pass rushers could force Thibodeaux to fall out of the top 10.

The Eagles, who once had three first-round picks, have the 15th and 18th overall pick after Monday’s trade with the New Orleans Saints. Last year, the Eagles were slated to pick fifth overall but traded down with the Miami Dolphins weeks before the draft, then moved up to 10 in a trade with the rival Dallas Cowboys to select Alabama wide receiver DeVonta Smith.

Gardner, who ran a 4.41 in the 40 at the NFL Scouting Combine, helped lead the Bearcats to a national semifinal game in the college football postseason. The 6-foot-3, 190-pound Detroit native, who goes by the nickname “Sauce,” has ideal size and traits for the position.

The Eagles, who lack depth at corner and have no ideal complement to Pro Bowler Darius Slay, also had Alabama cornerback Patrick Surtain in their sights last year, but the Broncos took Surtain ninth overall.

Thibodeaux, a 6-foot-4, 254-pound Los Angeles native, was the consensus No. 1 high school recruit in 2019. Despite missing some time because of an ankle injury in 2021, he made first-team All America and first-team All Pac-12, finishing with 7 sacks and 12 tackles for a loss in 11 games.