The Eagles are coming off perhaps their most complete performance of the year Sunday in their 30-13 win against the Broncos in Denver.

On the latest Inside The Birds podcast, Geoff Mosher and Adam Caplan delivered sourced tape breakdown for the offense and defense, and discuss what else led to the Eagles’ impressive win. 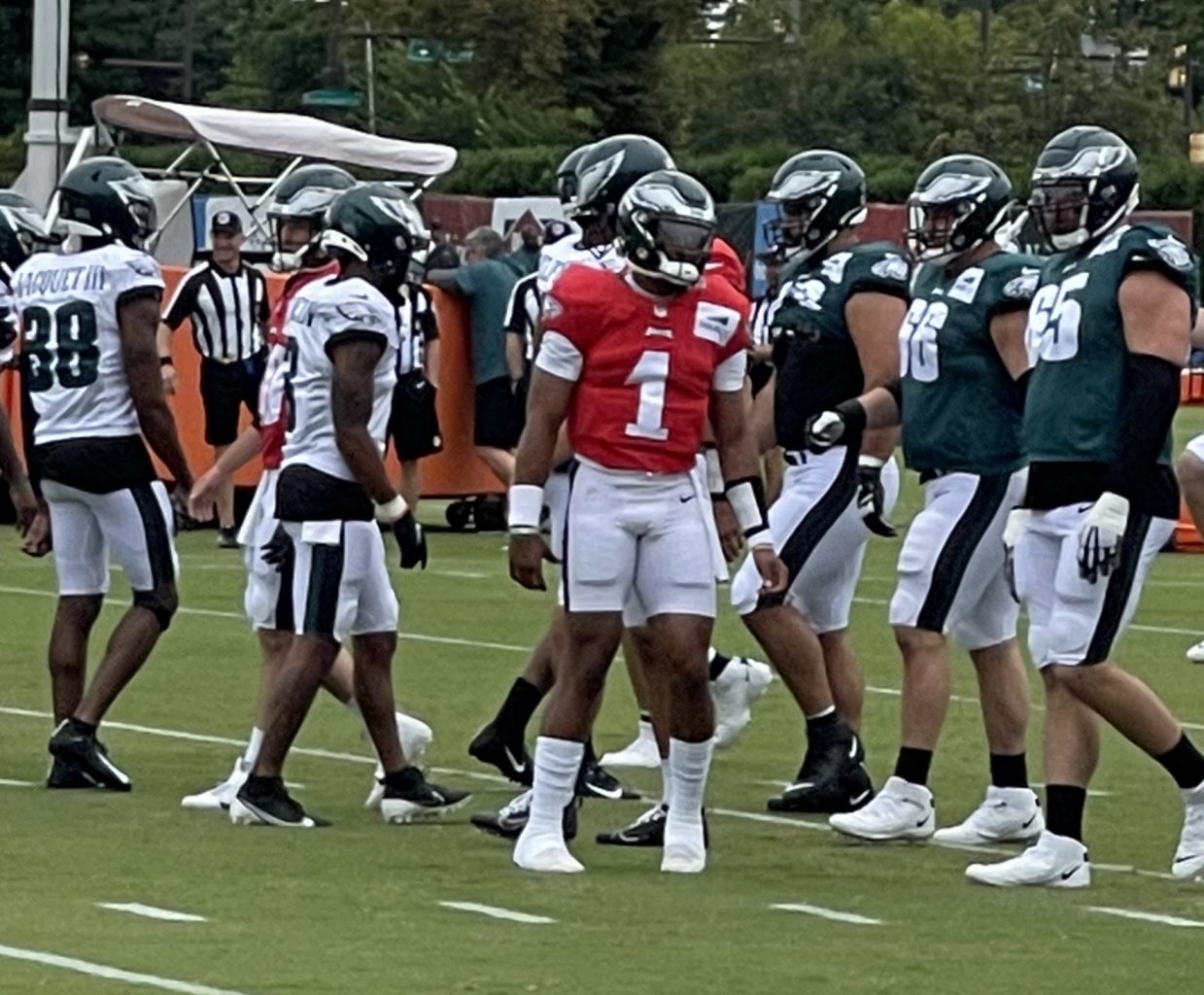 Jalen Hurts played one of his best pro games vs. Broncos

Adam Caplan: “Let me make this clear: I’m not comparing [Jalen Hurts] to Peyton Manning or Tom Brady, but this is what makes them special. They never see the rush, they feel it, they play with a clock in their head. This is the first game as a professional that he’s done this.”

Geoff Mosher: “I thought he climbed the pocket several times instead of fleeing it.”

Caplan: “He just plays with this innate sense of, ‘OK, I gotta move now.’ Unlike the guy who played on the other side, Teddy Bridgewater, who – using [Greg] Cosell’s term – got muddied or stuck in the pocket. Hurts was not stuck at all, we cannot make any predictions game-to-game with him. You can’t, you need four or five great games in a row or very good games in a row to say, ‘OK, he’s arrived or he looks like he’s there.’ We need to see more of this, but this was a very big jump for him.”

Caplan: “The offensive line. I don’t even know what to tell you, man, this is pretty amazing. I don’t know when is the last time you can remember – maybe our listeners could remember –

Caplan: “–190.25 over the last four games, but I’m not just saying the yardage. Look at these holes for these running backs, it’s unbelievable. This is the NFL, not college.”

Caplan: “Devonta Smith from the notes I got, the route-running was really, really good. It’s always been good but he’s taken to another level, the suddenness, crispness, correct footwork. Playing at Alabama. it’s got to do with this: When you draft an Alabama receiver, you pretty much know that they’re coming and ready to go. He clearly is ready to go. He’s gonna need to put on weight, we know that. On the touchdown catch against his former teammate [Patrick Surtain], Surtain had his back turned. One thing I wanted to mention is that three quarters into his route, Hurts threw it and you can see it on the coaching tape if you watch it. He just trusted him to find a way to get open and he did it with Surtain [on him]. He must have thought that Surtain would not look back or whatever, but he threw it there and he got it.”

Caplan: “The coverages were so well schemed and executed by the players that [Teddy] Bridgewater, who is a veteran guy, is a pretty smart quarterback, he just didn’t … he didn’t know where to go with football. D-Line-wise, they were so disciplined in their rush lanes. Did they get gashed a little bit on the run? A little bit, [Javonte] Williams got them, they had some runs.

“But I think we’ve said this all year: you’ll give up runs when you’re up big and you’re not worried about giving up those runs, of course. [Derek] Barnett, despite the two dumb penalties, he actually had a good game with pressures. Hargrave and Cox got pressures, don’t let the stats fool you. They got pressures up there. Milton Williams, very good POA/point of attack, versus the run. Very strong for a guy who doesn’t have the longest arms in the world. He’s got great interior quickness.”