The Eagles are, once again, looking for pass-catching help. Their free-agent signing of Zach Pascal was the only move to bolster the receiving corps.

On the latest “The Intel With Greg Cosell” podcast, Geoff Mosher and Adam Caplan are joined by NFL Films senior producer Greg Cosell, who evaluates more receivers for the upcoming NFL Draft along with tight ends. 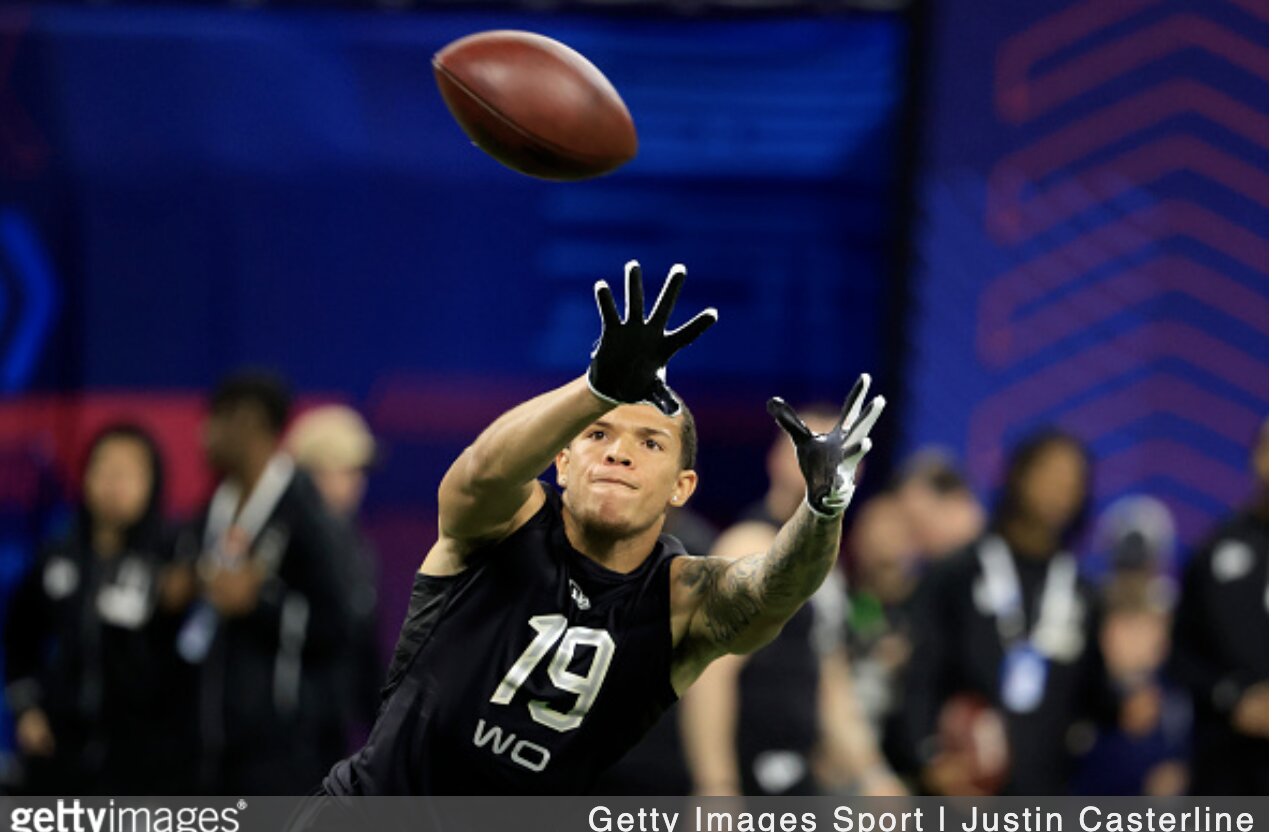 Greg Cosell: “[Skyy Moore] did play in the slot. I think to me, he’s essentially going to be a slot. Now we know that the league has changed to the point where very few guys are just slot guys. There are some –  there’s actually one in this draft who I think fits that role – but I think most teams now think in terms of using receivers in different places. Not just in one place. But I think Moore probably fits the bill as a predominant slot receiver. He’s got a really compact frame, because even though he’s under 5-foot-10, he’s 195 pounds, he ran well. He’s physical, he’s competitively tough and I think that’s one reason he will work well inside. He caught a ton of slants and glance routes in college, and his run after catch was really really good.”

Cosell: [Jalen Tolbert] is a long, naturally fluid wide receiver. He’s got easy movement traits, he’s got the size and stride length to be a vertical dimension. He’s not a true burner, but he’s long and he looks long on tape. I would say he’s much more of a speed cut receiver then a kind of sink-your-hips, change-of-direction receiver. He’s kind of a strider, he needs room. I think he’s more of a finesse receiver. That’s the way his tape struck me and I actually watched his 2020 tape and his 2021 tape, so I’ve seen a lot of him. I think he’ll likely be seen as an outside receiver, because he’s got size, he’s got length, he’s got a little bit of a three-level profile that’s best maximized when he has free access off the line of scrimmage, because he’s a build-up speed guy. He’s got the build-up acceleration and that translates to his ability to run some vertical routes. I would say he’s got more long acceleration than short-area separation quickness. He’s got really good body control.”

Cosell: “[Kahlil Shakir] is super competitive. I really, really like this kid. I think this kid can come in and play right away and be a contributor in the passing game in 11 personnel groupings. I think you can line him up in the slot, you could move him. He just struck me as a guy with his competitiveness, his toughness. He’s smooth and fluid, there’s an easy feel to his movement. He never looked hurried in anything he did. I really liked his tape and I think he can play right away.”

Cosell: “I think [Trey] McBride probably would be the most complete tight end prospect [in this draft class]. He’s competitive, he can run block as an attached blocker. While he’s not explosive the way we think of – let’s say Travis Kelce. In fact, I looked up Travis Kelce’s pre-draft measurables to compare them to McBride and Kelce’s were better in pretty much all areas. But McBride lined up at the boundary X in college, and won 1-on-1. I think he’ll be able to do that in the NFL. I think he has the traits to be a TE1. He’ll probably begin his career as a strong TE2. If he’s drafted by a team that plays a lot of 12 personnel, he’ll probably get meaningful snaps but I think that he really is a complete tight end prospect.”