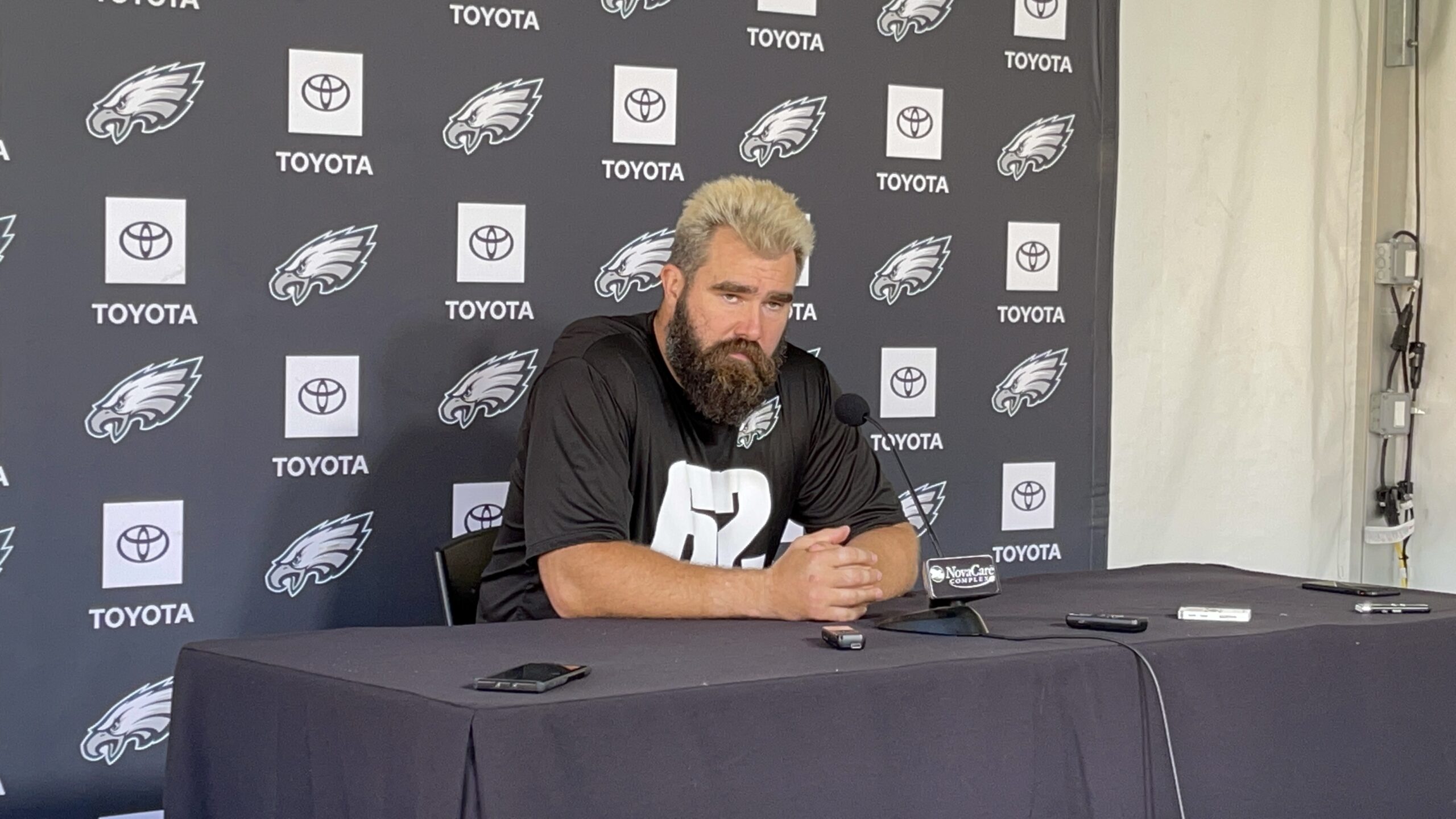 For a Week 7 matchup, the Philadelphia Eagles (2-4) travel to Las Vegas for a 4:05 p.m. game Sunday against the Raiders (4-2) at Allegiant Stadium.

The Raiders, fueled by the aftermath of Jon Gruden’s troubling email controversy that culminated in the resignation of the franchise’s head coach, produced a galvanizing 34-24 win over the Denver Broncos and rallied behind interim head coach/special teams coordinator, Rich Bisaccia.

They’ll meet a floundering Eagles team with much to prove, coming off a 10-day hiatus.

RT Lane Johnson vs. DE Maxx Crosby: Crosby, coming off a dominant, three-sack outing against the Broncos, leads the Raiders with five sacks. Johnson, who returned to the Eagles earlier this week, hasn’t played since Week 3, so there could be some early rust and a bit of an acclimation process, as he’ll now be starting next to RG Jack Driscoll. Keeping Crosby at bay will be paramount in extending drives and keeping quarterback Jalen Hurts from fleeing the pocket prematurely.

TE Dallas Goedert vs. Raiders linebackers: With revered counterpart Zach Ertz now in Arizona, the reins have been fully turned over to Goedert as the team’s primary option at tight end. Goedert should thrive on intermediate routes in this matchup but will also have an opportunity to stretch the seams and exploit an undermanned Raiders’ secondary vertically. The Eagles must conjure ways to redefine its passive identity by establishing a physical element, which starts with running the football and aligning Goedert in a multitude of ways to best utilize his size, catch radius, and contested-catch ability.

DTs Fletcher Cox, Javon Hargrave vs. Raiders’ interior OL: The Raiders interior offensive line is comprised of left guard John Simpson, center Andre James, and right guard Alex Leatherwood. Leatherwood, the team’s first-round pick, endured early challenges and has moved from right tackle to guard in an effort to steady the line and catalyze an underwhelming ground game. Fourth-year pro Brandon Parker has replaced Leatherwood at right tackle. While Cox and Hargrave were stymied by the formidable interior trio of Tampa Bay, the imposing tackle tandem should pounce on the Raiders’ inexperience and deficiencies this week. Derek Carr, when faced with pressure, is prone to hastening his reads and committing turnovers. Expect an interior dominance similar to the Week 5 win in Carolina.

CB Darius Slay vs. WR Henry Ruggs, TE Darren Waller: In an effort to neutralize the Raiders’ two most explosive offensive weapons, look for Slay to draw the assignment of shadowing Ruggs and/or Waller on Sunday. Against the Chiefs, Slay was tasked with guarding tight end Travis Kelce and helped minimize the All-Pro’s impact – four catches for 23 yards on six targets — and he could be asked to do the same with Waller, who leads all Raiders receivers in targets (53) and receptions (33). Meanwhile, the speedy Ruggs leads the team in receiving yards (445) and yards per reception (22.3) and possesses game-breaking ability. However the Eagles plan to dole out coverage responsibilities, Slay’s play will be key to securing another road victory.

For Philadelphia, wide receiver Jalen Reagor serves as the kick and punt returner. He has managed 90 yards on three kick returns and 52 yards on eleven punt return opportunities.

The Eagles have compiled a 7-5 regular season all-time record against the Raiders, winning each of the last two meetings. Since 2017, the Eagles are 4-1 in games played in the Pacific time zone and own the fourth-best road winning percentage in the NFL since 2000.

Eagles CB Avonte Maddox: The fourth-year cornerback has quietly gotten off to a remarkable start in a contract year, stringing together a bevy of momentum-shifting plays within the past two weeks. On Sunday, Maddox will draw slot receiver Hunter Renfrow who is a crafty, dependable, and preferred third-down choice for the Raiders. Renfrow wins with savvy route-running, short-area quickness, and his innate ability to find the soft spots in zones. Carr’s go-to option in the short-to-intermediate area. The 25-year-old pass-catcher is second on the team in pass targets (43), so expect Maddox to be peppered with targets as the Raiders look to methodically move the chains.

Raiders RB Josh Jacobs: The Eagles’ porous run defense currently ranks 28th in the NFL, surrendering 812 yards and six touchdowns on 198 carries. Jacobs, who is averaging just over 13 carries this season, hasn’t been much of a factor in his four appearances, but will be fresh and primed to exploit a glaring deficiency in a ploy to alleviate pressure on Carr and control the clock. The former Alabama product also managed to find the end zone in each of the past two weeks and is a good bet to keep the streak going in Week 7.

Since losing to the Bucs on Thursday Night Football, the Eagles have had extra time to prepare and reinvent its philosophies on both sides of the ball. If Sirianni and his coaches craft a more sensible and balanced plan of attack to accentuate the strengths his personnel and extend drives, the defense should be able to keep the Raiders’ big plays to a minimum.