“Moving For No Reason”

Time to review the tape after an ugly Eagles playoff loss to Tampa Bay on Sunday, where nothing seemed to go right.

On the latest Inside the Birds podcast, Geoff Mosher and Adam Caplan gave sourced tape review of the team’s 31-15 loss and discuss the latest transactions: 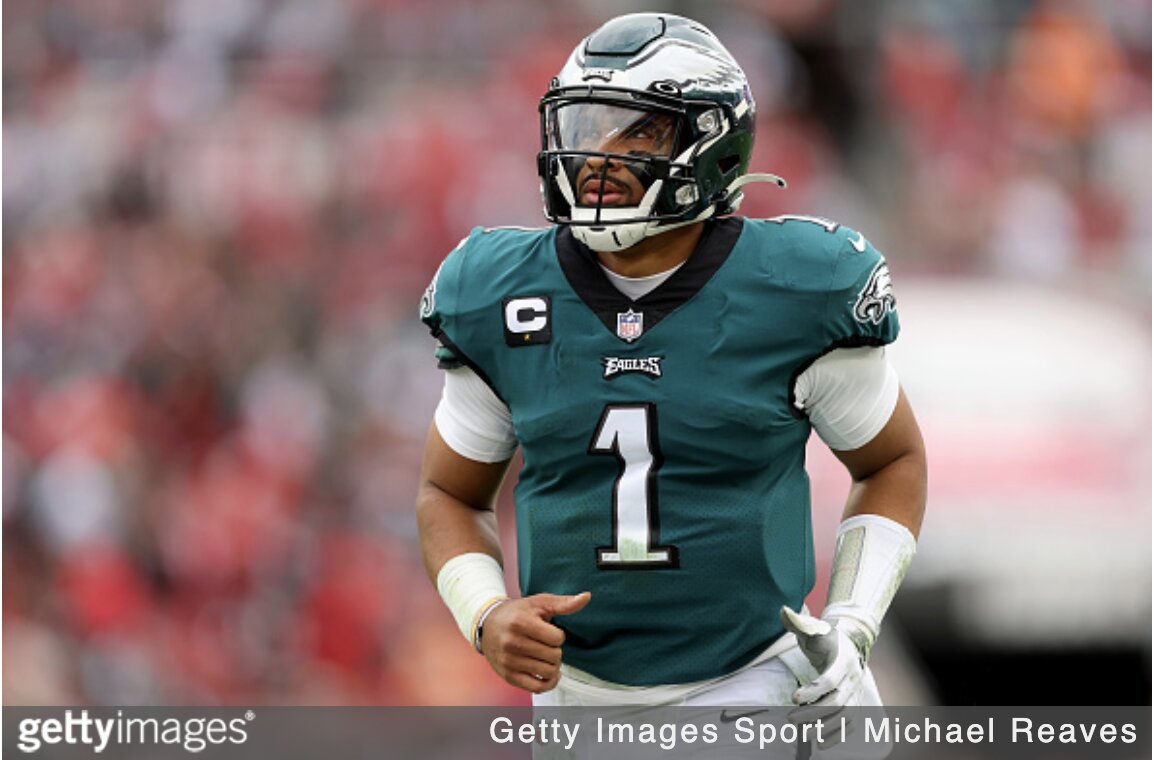 Adam Caplan: “I think Sirianni and their offensive stuff could have helped [Jalen Hurts] a little bit in certain areas. But just as a thrower and dropping back, he looked like he was playing in college. He was just doing things that are not taught. Like, when the pocket is protected, he’s moving for no reason. This is the most frenetic that he has been to this point, not even close. This is confirmed by several people. This is one of the rare times that the TV copy is very similar to the tape. Yes, you can’t see guys getting open that didn’t get the football, which shows on the coaching film. But you could see on the TV copy how much he moves for no reason.”

Caplan: “Quite frankly, what they have to do next year is they’ve got to complement DeVonta Smith with a physical, tall receiver … I could just tell you they have to do something. Assuming [Jalen] Reagor is on the team next year – we’ll see, he’s under contract, they are not gonna cut him – but in terms of if he’s on the team and they don’t trade him, they have to move him around. To me, I think he could be very good in the slot because we know he’s done that before. But they need someone who’s got size and can win. They can’t wait anymore. They waited for two years for Reagor to break out. The tape showed there were times this season where he was wide open and didn’t get the football. There were times where he could win but also times when he dropped the football. He’s just not good enough right now so they have to do something and it can’t wait.”

Geoff Mosher: “My thoughts on the defense is that [Jonathan Gannon] tried. They had Fletcher Cox standing up. You framed it perfectly, a great source told you that going into the game, you can’t just be different, you’ve got to do what you do. If you’re gonna switch something up, you call the same play but a different guy does a different thing, right? Or you just try little trinkets – and he tried. It didn’t work and I don’t think you or I expected it to really work against Tom Brady. I know everybody’s down on Jonathan Gannon right now. I think a lot of this goes back to the personnel that he has on defense that he wanted to run, which he tried to do early on versus the defense that he’s now running, which was a lot more effective. But when you’re gonna play Tom Brady, your personnel, if it’s not up to speed, is gonna get exposed.”

Caplan: “I’ve been underwhelmed a little bit [by Jonathan Gannon], but I’m realistic enough to understand in terms of personnel he was dealt a short deck. He lost Brandon Graham, that was huge. We said at the time, I still think we’re right. That was more impactful than anyone realized, mainly versus the run. He’s great at funneling, great being the force player. You know about the leadership, we all know that, plus he’ll get pressures. It was just very impactful. They’ve got a lot of decisions to make, he’s one of them.”