With the Senior Bowl underway in Mobile, Ala., NFL scouts and media members are getting a close look at some of the top prospects for April’s NFL Draft.

On the latest Inside The Birds, Adam Caplan joined the podcast from Mobile as he and Geoff Mosher discussed the prospects and latest Eagles news. 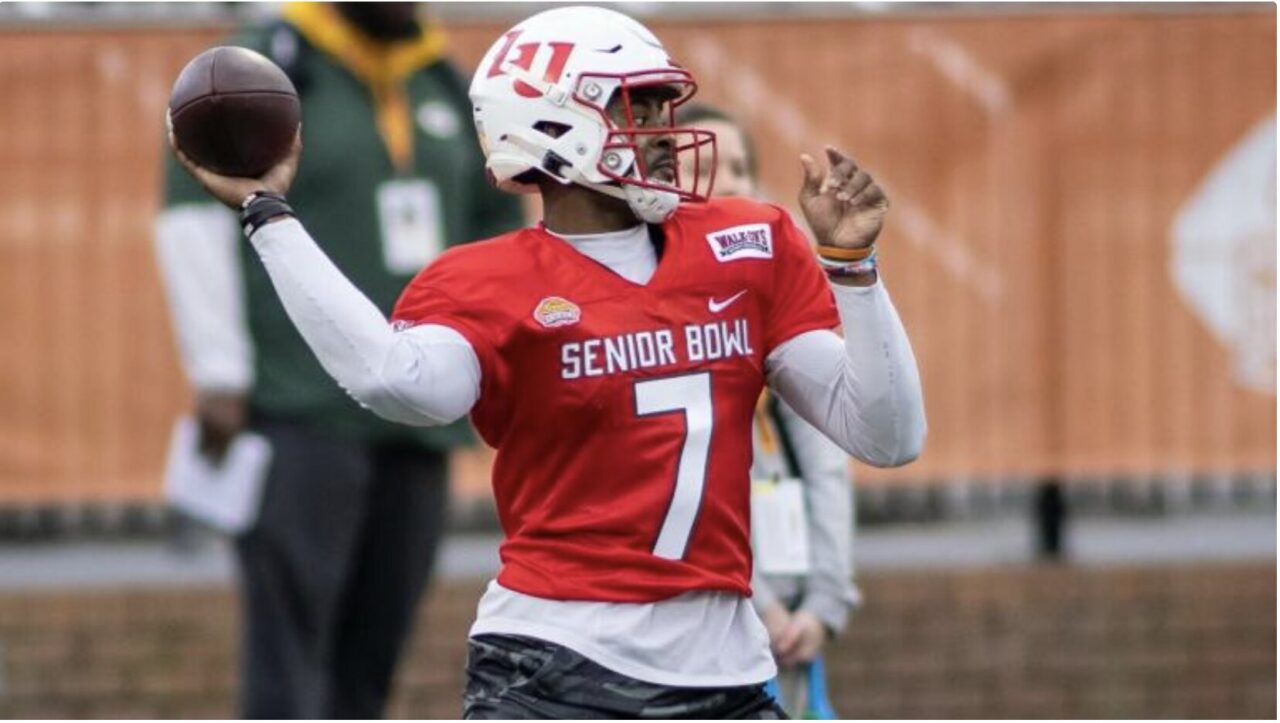 USA Today: Malik Willis is a standout QB at the Senior Bowl, has a rifle for a right arm

Geoff Mosher: “Jalen Hurts underwent surgery Wednesday on the ankle. He kind of alluded to it in his final exit press conference where he said, ‘You guys know my ankle has been an issue here,’ and he said he was hoping to avoid it. But he was not able to avoid it, he did have surgery. Now, it is my understanding that this was a very minor procedure, pretty routine as it goes. Loose bodies, you see a lot of baseball players also have this, whether it’s their elbow or their heel. They get them removed, like bone chips, loose bodies. In some cases if there’s bruising, you can get the bone shaved down. But it’s my understanding this was a minor procedure, he should be fine and ready to go.”

Adam Caplan: “So here’s the thing about Kenny Pickett. I’ve seen the criticism of him out there. I’m not saying it’s not true. If you’re looking for a power thrower, he’s not gonna be your guy. If you’re looking for a touch, rhythm, sort of finesse thrower but has accuracy, played in a pro system – athletic, definitely can run, high character – he’s your guy. He’s going to go in the first round, there’s no doubt.”

Mosher: “Carson Strong, he probably has either the best or the second-best arm of the quarterbacks coming out … but you mentioned the knee injury. That takes away from his mobility and it’s also for some teams going to be a medical red flag. Does he get the Davis Mills treatment? It will be interesting. Just based on the early feedback I got – and a lot of things change – I felt like people were trying to give me second-round vibes more than falling to the third, and these teams I spoke to knew about his knee, obviously.”

Caplan: “With Carson Strong, he’s had at least two medical procedures on that right knee over the last year. I believe it’s more than two in his career, his playing career.”

Caplan: “I get that people compare him to [Jalen] Hurts but it’s not even remotely close. Hurts doesn’t have half the arm [Malik] Willis does. Willis drills it. He’s got a cannon, he’s got a hose. You don’t usually see guys 6-feet throw like this with this kind of power … Willis is really fun.”