The Eagles don’t know if they’ll have defensive coordinator Jonathan Gannon back next year. Regardless, changes are needed for the defense this offseason.

On the latest Inside The Birds podcast, Geoff Mosher and Adam Caplan discussed the Eagles’ defense and what needs to be addressed in the draft and free agency. 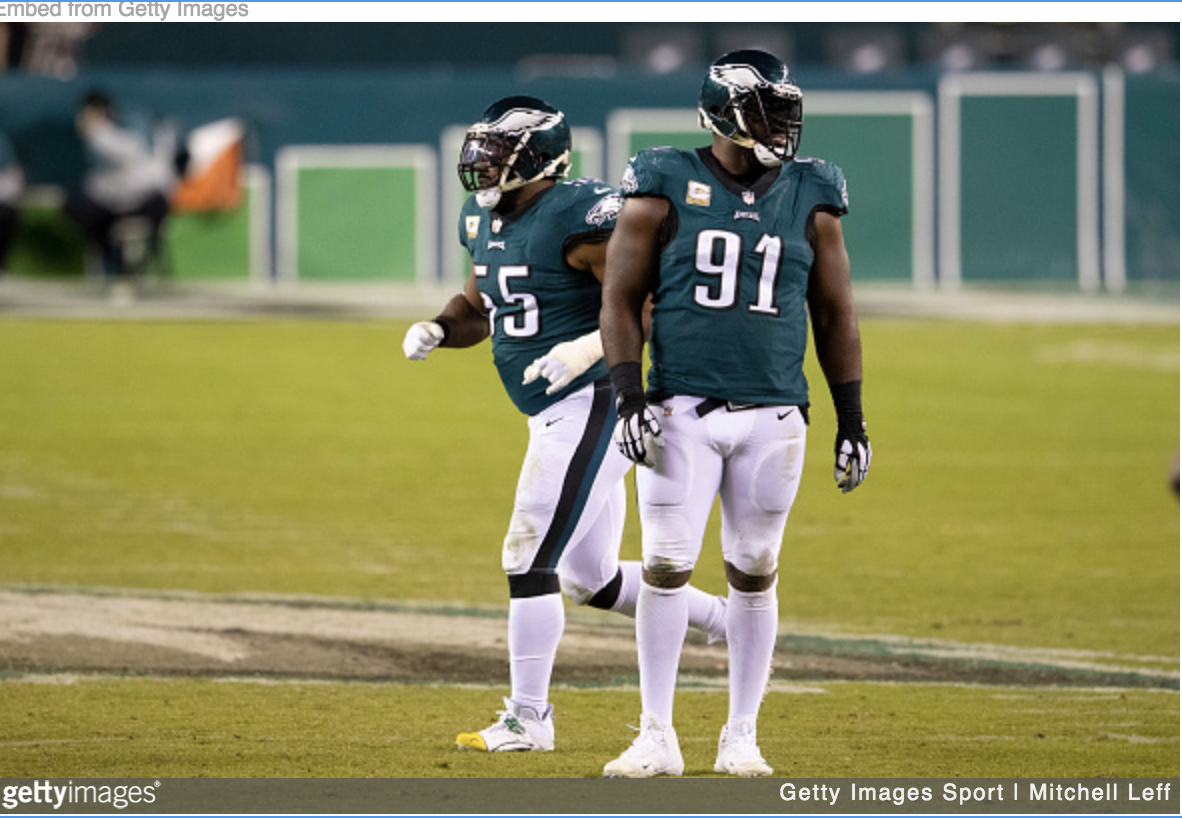 Fletcher Cox, 91, could return if Eagles aren’t given a good trade offer.

Geoff Mosher: “I would think D-end in free agency, a veteran in free agency, probably on a one-year deal – maybe two like they did with Chris Long – and then probably address it at least once – and maybe multiple times – in the NFL Draft.”

Mosher: “Fletcher Cox is the big question mark. I think if you’re going to give Javon Hargrave an extension this offseason, which I think they’re going to want to do two years into a three-year deal and coming off a very good year, it might be difficult to do that and have Fletch. But the bottom line is: If [the Eagles] get rid of Fletch, you’re taking the cap hit regardless so I get the sense maybe now thinking about it that if they can’t find value in a trade then maybe they just play it out one more year with him. He’s still good to have. He’s still better than a replacement-level defensive tackle.”

Adam Caplan: “They have one starting linebacker for sure, T.J. Edwards. Davion Taylor, if they are a 5-2 team, he’ll be one of their two starting linebackers most likely. I would say they’re almost certain to draft somebody or bring in a veteran free agent.

Caplan: “Genard Avery is up. He’s a free agent, did a nice job in his role but I’d like to see more pass rush. Then Alex Singleton is a restricted free agent, he will either get the low tender or they’ll let him walk. Great job of rebounding [this season] after he got demoted.”