The Philadelphia Eagles’ defensive line, viewed as one of the NFL’s deepest, is already stretched thin.

Head Coach Nick Sirianni confirmed Monday that rotational defensive end Derek Barnett will miss the rest of the 2022 season with a torn ACL. Barnett was injured Sunday’s 38-35 Week 1 win over the Detroit Lions. 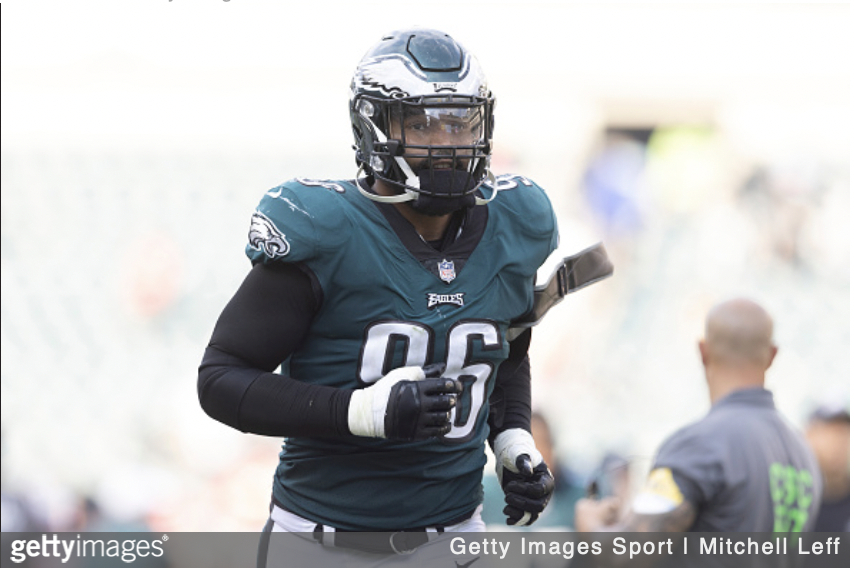 Derek Barnett will miss the rest of the season after tearing his ACL in Week 1.

The 2017 first-round pick for the Eagles had re-signed with the team on a two year, $14-million dollar back in March.

Reserve defensive end Tarron Jackson could see an increased role following Barnett’s injury after being inactive in Week 1. The Eagles also have two open spots on their 53-man roster to sign another body at the position.

One concern from Week 1 was the relatively little playing time for 2022 first-round pick Jordan Davis, a 340-pound defensive tackle, in a game in which the defense allowed 181 yards and three touchdowns from Detroit’s rushing attack.

Sirianni said it was just how the defensive line rotation played out and compared Davis’ usage to the variance of targets for wide receivers from week to week.

“Obviously, we felt good about it,” Sirianni said about the rotation, adding that he didn’t see any correlation to Davis’ usage and the Lions’ explosive run game.

Another surprise was second-year wide receiver Devonta Smith being held without a catch on just four targets despite playing 96 percent of the snaps after setting the team’s rookie receiving yards record in 2021.

Sirianni emphasized the need to get the ball to their top playmakers and reiterated the passing offense needs to run through Smith, AJ Brown, and Dallas Goedert.