With the NFL Draft just over a month away, the Eagles will have to decide how to fill certain holes this offseason, either through free agency or the draft.

On the latest edition of “The Intel” with Greg Cosell, Geoff Mosher and Adam Caplan are joined by the NFL Films senior producer to discuss the wide receiver prospects for next month’s draft. 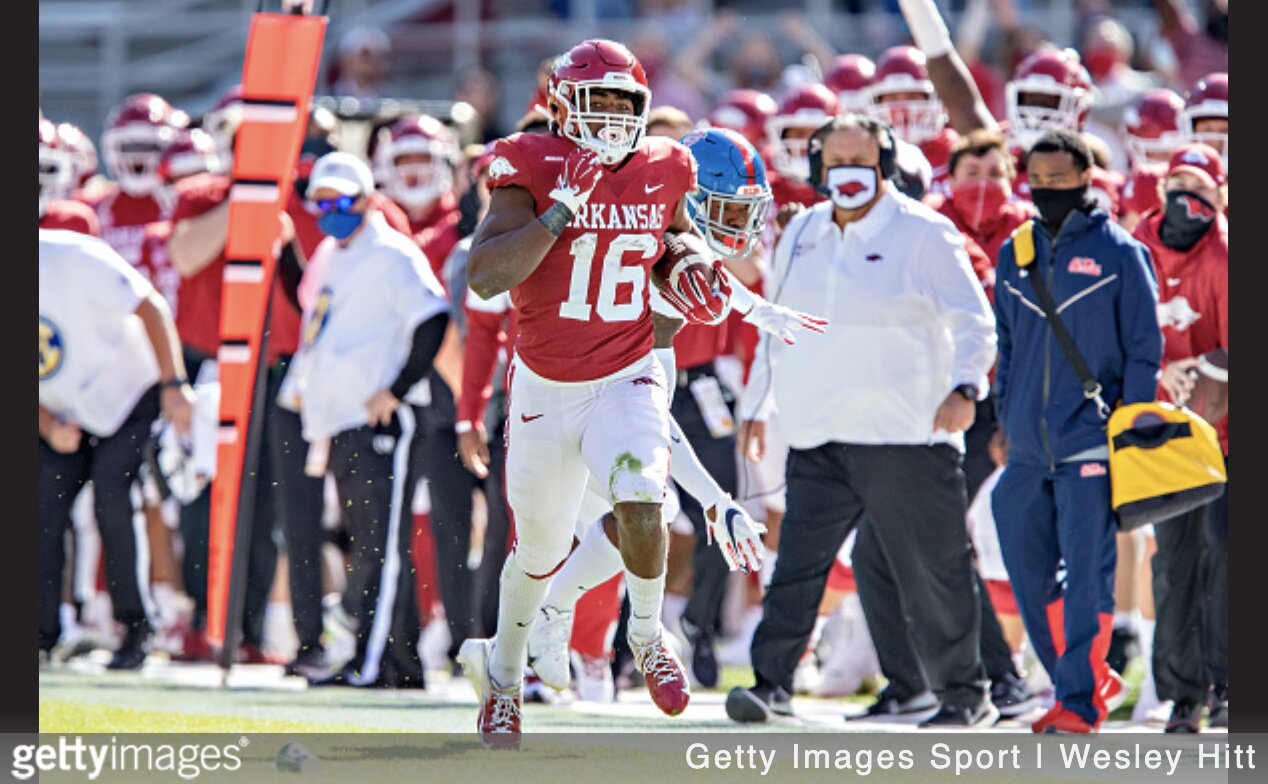 The Eagles led the workout at Treylon Burks’ Pro Day

Greg Cosell: “First of all. in college he played both inside and outside. He played a lot inside in 2020 and then he was far more on the outside in 2021 before he got hurt, and that’s a positive. He’s a long, athletic, savvy wide receiver. To me, he’s a size-length-hands receiver, his movement is smooth and fluid. I think he knows how to position his body to create just enough space to catch the ball. He’s got great body control and great hands and that allowed him in college to be a boundary X and make a lot of catches outside the numbers. Many of them, if not most of them, were tough, contested catches versus tight coverage.”

Cosell: “The only potential issue with someone like Garrett Wilson is he’s not very big. He came in at 183 pounds, he’s 5-foot-11 3/4, that’s fine. I think Wilson really possesses higher-level receiving trades. I think he’s a three-level dimension [wideout]. He’s got strong run-after-catch ability, he’s really a fluid, easy mover. He’s got a natural quickness and suddenness to him. He’s tough to match 1-on-1. I thought there were times he really had a refined sense of how to run routes, uses vertical stem to get off coverage corners turned, and then he snapped off his brakes. He’s got really good short-area quickness, he can line up both outside and in the slot. He has extensive experience in both locations. So obviously that works […] I saw him in many ways like Stefon Diggs.”

Cosell: “Look, I watched [Treylon Burks’] tape and he ran away from the Alabama defense. But to me he’s a high-level prospect. I think he’s got the outstanding, outstanding size-speed profile. He can mismatch corners, he can line up anywhere. There’s a Deebo Samuel/Cordarelle Patterson element to the way he can be deployed if you so want him to be deployed that way. As I said he has excellent play speed, which is only enhanced by his size and stride length, and he’s got big mitts, he catches the football and he’s got really good run-after-catch traits, which is why you have the Deebo Samuel/Cordarelle Paterson element to his game. I think some also could see him like an AJ Brown – big, physical, can work in the middle of the field, catches the ball. There’s a physical presence to his overall game, both in terms of his route-running and run after catch.”

Cosell: “I really like [Jahan Dotson’s] tape a lot. I think he’s got explosive traits and an ability to be a factor at all three levels. He’s got location versatility, you can line him up anywhere in your formation. I thought he was more explosive vertically in 2021, so that was good to see with more accelerating speed to get on top of the defense. I’ll tell you what, what was really impressive given his 184 pound frame, he was fearless working in the middle of the field and that clearly reflects a mental toughness and competitiveness that cannot be taught. The more I watched him the more I liked his tape. I think he could be a multi-dimensional receiver in the NFL. His measurables are exactly the same as Diontae Johnson from Pittsburgh, but Dotson ran a much better 40 time – again, whatever that means – but he ran a much better 40 time than Diontae Johnson.”