PHILADELPHIA – All was quiet New Year’s Day, even at Lincoln Financial Field, where the Eagles on Sunday suffered a gut-wrenching 20-10 loss to the visiting Saints, failing to clinch their first NFC East title since the 2019 season and the No. 1 seed for the 2023 NFL playoffs.

Saints quarterback Andy Dalton led a 15-play, 75-yard scoring march on the opening drive, culminating in a Taysom Hill 1-yard plunge, and the Eagles never recovered from the initial jab.

Adding injury to insult for the Eagles (13-3), the team also lost defensive end Josh Sweat on the drive, who was taken to a nearby hospital with a neck injury as a precautionary measure.

While the defense eventually settled in and held steady, the Eagles’ typically explosive offense was unusually grounded for much of the contest, failing to generate sustainable momentum with Gardner Minshew at the controls.

The 26-year-old quarterback completed 18-of-32 pass attempts for 274 yards, one touchdown and an interception that was returned for a touchdown.

Wide receiver DeVonta Smith turned in his second noteworthy performance in as many weeks, collecting nine catches for 115 yards on 13 targets. Smith’s counterpart, A.J. Brown, finished with 97 yards, including a 78-yard third quarter touchdown that had briefly changed momentum. 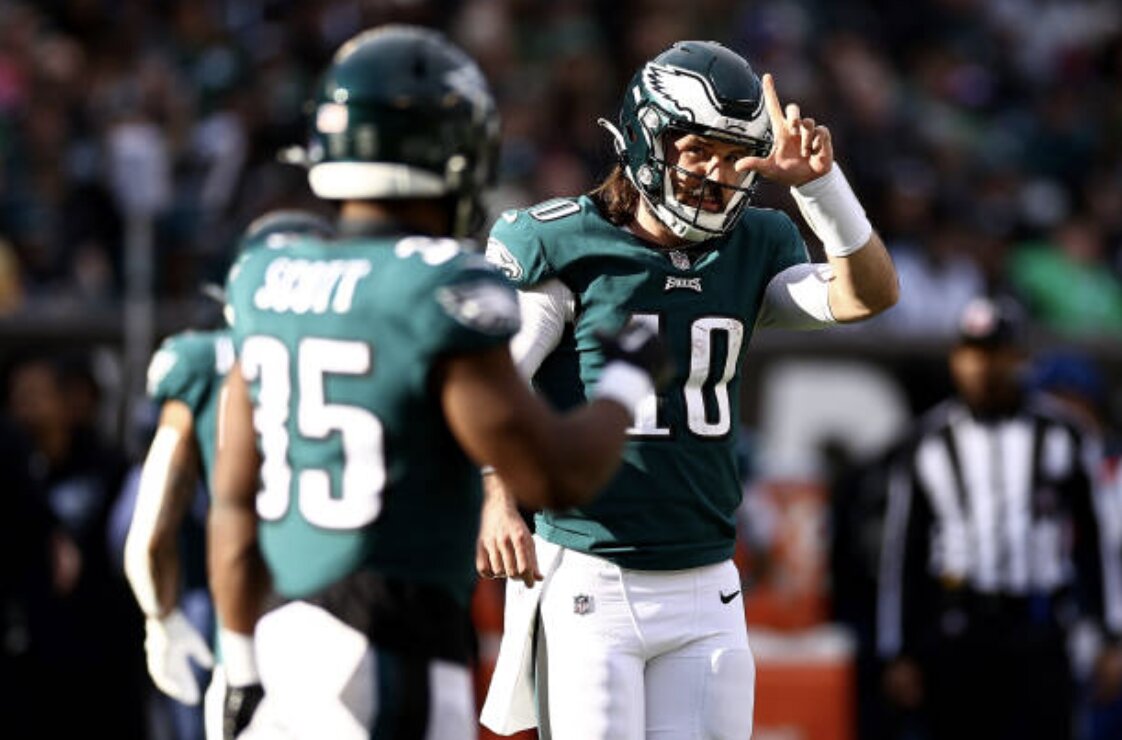 GETTY IMAGES: Gardner Minshew and the Eagles’ offense managed one touchdown in a New Year’s loss to the Saints at the Linc.

Let’s go ahead with the observations:

1. The Eagles’ opening defensive series unfolded in nightmarish fashion. Saints quarterback Andy Dalton faced little resistance against soft coverage, completing his first five passes for 40 yards – including two on third down. The 15-play, 75-yard scoring drive, which culminated in a Hill touchdown plunge on fourth down from a yard out, covered a clock-draining eight minutes, 58 seconds. The Eagles also lost Sweat, who was carted off the field after laying faceless on the grass for several minutes.

2. The opening drive was also indicative of how overmatched the Eagles’ pass defense is without Avonte Maddox and C.J. Gardner-Johnson. In regards to the former, it will be interesting to see what the Eagles decide to do in the wake of Maddox’s latest injury, which is said to keep him out indefinitely. Teams have found success attacking his replacement, Josiah Scott, which proved fruitful once again for New Orleans. With Gardner-Johnson, a natural nickel corner, eligible to return, it’s fair to wonder if the coaching staff will opt to move him inside, leaving Reed Blankenship as the starter opposite Marcus Epps.

3. Facing a 3rd-and-6 on their second defensive series, Brandon Graham swarmed to bring down Dalton for his 10th sack, marking the first time in his 13-year career that Graham has notched double-digit sacks. Graham, thrust into a more prominent role in Sweat’s absence, demonstrated his signature unrelenting motor throughout the game. Graham’s sack also put the Eagles at 63 on the season, eclipsing the franchise’s 33-year-old record of 62, and gave the Eagles four pass rushers with double-digit sacks, also an NFL first.

4. The first half once again illustrated just how valuable Jalen Hurts is to this football team. Even with another week of first-team reps, Minshew demonstrated happy feet and poor pocket presence. Perhaps even more curiously, Dallas Goedert – one of the team’s most quarterback friendly options – was held without a catch in the opening half. The team’s leading receiver for much of the first half was running back Kenneth Gainwell, who reeled in both targets for a total of 18 yards.

5. You wouldn’t be able to tell by watching the first half, but the Eagles’ offense does, in fact, boast a Pro Bowl running back in Miles Sanders. Sanders netted just two first-half carries, successively, for nine yards. Offensive coordinator Shane Steichen has been masterful as a play-caller for much of the season, but the opening-half script was befuddling. To the crowd’s elation, Sanders handled the first two snaps coming out of the break – for 23 yards – which effectively jumpstarted an uncharacteristically stagnant offense.

6. The Eagles defense was far too generous on third downs, allowing New Orleans to convert 6-of-15 opportunities. Time of possession was also decidedly in favor of the Saints, who held the ball for 37:04 compared to 22:56.

7. A.J. Brown’s 78-yard touchdown reception served as the most recent example of his prowess gaining yards after the catch. Minshew delivered a good ball down the right sideline to Brown, who separated from cornerback Paulson Adebo and it was off to the races with the Saints’ defense in pursuit. In the process, Brown drew within 13 yards of the Eagles’ single-season receiving record set by Mike Quick in 1983 (1,409).

8. The drop-off from Lane Johnson to Jack Driscoll is monstrous. The third-year lineman was overmatched against Saints edge rusher Cam Jordan, who finished with 3.0 sacks, four quarterback hits, and a forced fumble. A player of Hurts’ skill set will mask some of Driscoll’s limitations, but protecting for a player like Minshew accentuates his shortcomings.

9. Self-inflicted wounds manifested in a litany of second-half penalties, putting the Eagles’ offense in inopportune spots. In all, the Eagles committed eight penalties (49 yards). That won’t win you many games late in the season, when the margin for error is little.

10. He’s best suited as a No. 3 receiver, but the Saints have something in 2022 rookie free agent Rashid Shaheed. The Weber State product managed six catches for 79 yards (six targets), including a back-breaking 58-yarder in the first-half. With so few viable offensive components to move forward with, it seems the Saints have stumbled on a building block in the young speedster. 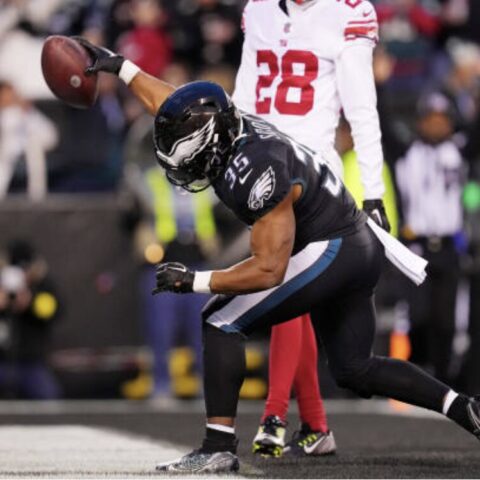 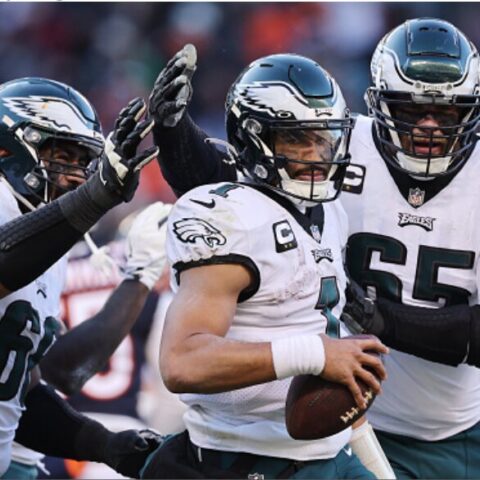 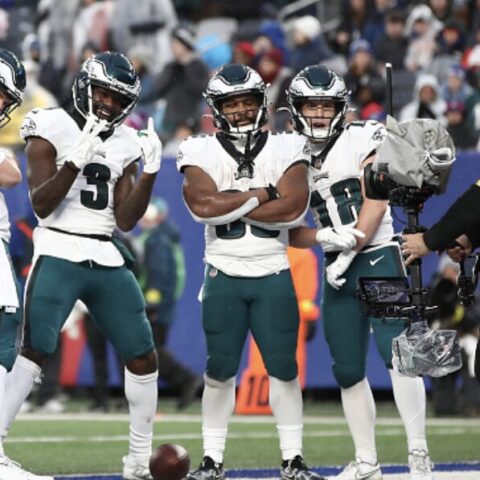