During the final stretch of the fantasy football season – where playoff positioning and seeding is determined – your season-long tactics often become skewed.

You can no longer afford to hold onto a prime waiver position, hoping to land that defining late-season claim, or stash that innocuous lottery ticket at the bottom of your roster.

The objective becomes selling out to win each week at all costs and protecting your assets.

With the playoffs fast approaching, let’s take a closer look at some sensible roster shuffling along with some lineup advice to consider. 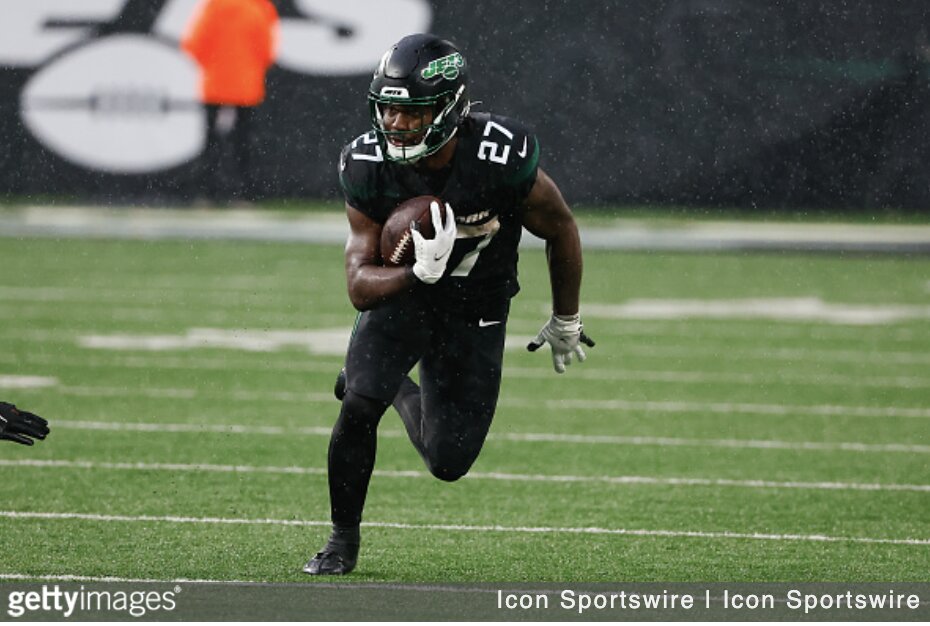 RB Zonovan Knight, New York Jets: It required a befuddling James Robinson healthy scratch and unfortunate in-game ankle injury to Michael Carter to unearth Knight, but here we are. The undrafted rookie took the lead, generating 103 scrimmage yards on 17 touches. You’ll want to monitor Carter’s ankle injury throughout the week, but the unwavering confidence the team placed on the undrafted rookie should not be understated, as the Jets opted to dress Knight and seldom-used Ty Johnson to supplement Carter over the established Robinson.

RB JaMycal Hasty, Jacksonville Jaguars: Early reports indicate Travis Etienne’s foot injury is minor – the second-year running back was reportedly cleared to return Sunday but ultimately held out – but Hasty shined in his cameo. The third-year runner could only muster 28 yards on 12 carries, but did his damage as a receiver, collecting 67 yards and a touchdown on five receptions. Darrell Henderson, a late-season addition, complicates the positional landscape and would most certainly assume the early-down work, but Hasty is the team’s preferred third-down option and warrants a look in PPR formats.

RB Benny Snell, Pittsburgh Steelers: With starter Najee Harris exiting Monday night’s game with an abdominal injury – and backup Jaylen Warren declared inactive – Snell handled his first touches of the season against the Colts. The fourth-year running back was productive in his opportunities, producing 62 yards and a touchdown on 12 carries. Even if Harris and Warren are cleared, it is unclear whether they’ll be healthy enough to command their normal workload. Snell, a desperation play, could return to relevance – albeit in a murky timeshare.

WR Donovan Peoples-Jones, Cleveland Browns: Peoples-Jones turned in a quiet Week 12 despite his mid-season production surge. While Amari Cooper leads the team in targets (93), Peoples-Jones comfortably comes in second, and the return of quarterback Deshaun Watson should only vault the former further toward fantasy relevance.

TE Foster Moreau, Las Vegas Raiders: In the absence of Darren Waller, Moreau has occupied no less than 96 percent of the team’s snaps since Week 7. The 25-year-old commanded seven targets last week in a win over Seattle, including his second touchdown of the season. On Sunday, Moreau and the Raiders aerial attack will square off against a Chargers secondary allowing the third-most most receiving yards per game.

TE Juwan Johnson, New Orleans Saints: Johnson has snared five touchdowns over the past six weeks, despite failing to eclipse the 47-yard receiving barrier. The converted wide receiver has developed into a viable red-zone option for the Saints and draws a favorable matchup this week against a Buccaneers defense ranked 28th against tight ends.

RB Jordan Mason, San Francisco 49ers: With Elijah Mitchell (knee) heading back to Injured Reserve and with Christian McCaffrey dealing with knee discomfort – he missed Wednesday’s practice – Mason steps into a more prominent role. The sparsely-utilized second-year runner picked up 25 yards on five carries last week against the Saints, and while the severity of McCaffrey’s pain has yet to be determined, Mason could become a must-add in deeper leagues. If you have a vacant roster spot, get a week ahead on the waiver wire rush.

TE Jelani Woods, Indianapolis Colts: From an athletic standpoint, the 6-foot-7, 253-pound Woods was among the most intriguing prospects in the 2022 NFL Draft. On Monday night, the third-round pick enjoyed a long-awaited coming out party, nabbing eight catches for 98 yards. While the Colts’ offense has been anything but a juggernaut – and Woods missed practice with a shoulder/quad issue Wednesday – Woods should be on the radar of 12-team fantasy managers everywhere.

RB Isaiah Pacheco, Kansas City Chiefs: The Chiefs newly minted RB1 garnered 69 yards and a touchdown on 22 carries on Sunday. Aside from Patrick Mahomes’ four carries, Ronald Jones (4 carries) was the only other Chiefs ball-carrier. The Kansas City workhorse will face off against a a stingy Bengals front this week but should see enough volume to yield RB2 production.

WR Garrett Wilson, New York Jets: Wilson appears to have established an immediate rapport with quarterback Mike White, reeling in five catches for 95 yards – including a pair of touchdowns. Despite Wilson’s volatile season-long production, his connection with White, and favorable matchup against the Vikings secondary, should provide confidence. I anticipate WR3 output this week.

WR Christian Watson, Green Bay Packers: Watson has been on a tear the past three weeks, accumulating 265 receiving yards and six touchdowns (20 targets). Whether it’s Rodgers or Jordan Love at the controls, Watson is evolving into a bonafide top receiver and will face a Bears secondary that has been leaky of late. Expect WR2 production from Watson this week.

WR George Pickens, Pittsburgh Steelers: The rookie wideout has morphed into the undisputed No. 1 receiving option on a offense starved for production. Pickens has seen six targets in each of the past two games and should find the end zone against a vulnerable Falcons pass defense. View Pickens as more of a WR3 this week but get him into your lineups.