The trade deadline has come and gone.

Other than a handful of preemptive waiver wire adds, the only reinforcements who can aid your playoff run are those waiting in the wings on your IR spot. But while the window to make wholesale changes or alter the complexion of your team has passed, there are still moves to be made.

Let’s take a look at some roster tinkering and lineup advice to consider as you navigate your second-half surge: 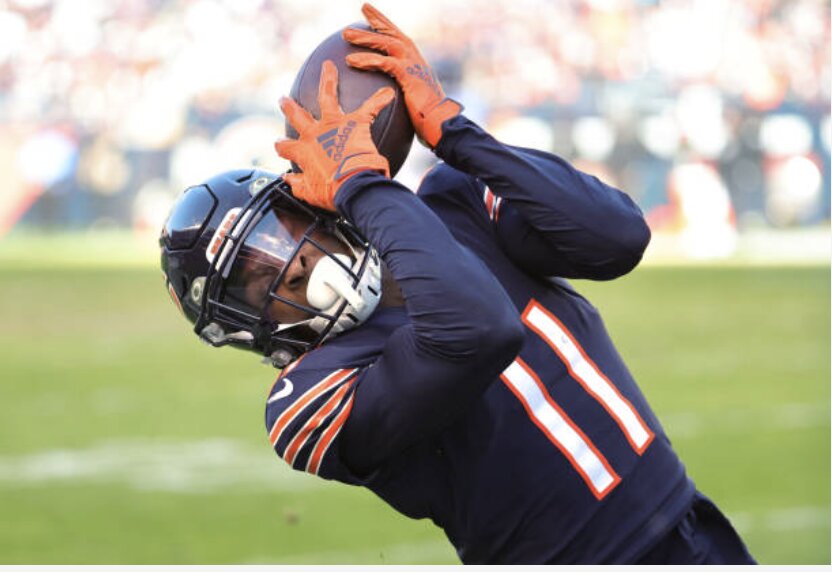 WR Darnell Mooney, Chicago Bears: If you happen to be in a shallow league where owners have the luxury of hastily jettisoning under-performers, chances are Mooney is out there. Go get him. Tuesday’s addition of former Steelers wide receiver Chase Claypool should create more room to operate for the Bears’ top wideout and alleviate some pressure from quarterback Justin Fields.

WR Joshua Palmer, Los Angeles Chargers: Palmer, who has battled injuries of his own, is seemingly the last man standing in a Chargers receiver room without Mike Williams and Keenan Allen. Palmer had his opportunities earlier this season with Allen sidelined and failed to emerge, but with the latter tending to a lingering hamstring issue and Williams shelved, you won’t find many options on the wire with as many guaranteed weekly targets.

WR Rondale Moore, Arizona Cardinals: Moore was a player I was high on coming out of Purdue a season ago and anticipated early success, but health and fit have hindered his breakthrough. While we’ve seen flashes of the explosiveness that once made him one of college football’s most prolific playmakers, it appears his role within the Cardinals offense is becoming more defined. The second-year receiver played 51 percent of the snaps, reeling in seven receptions for 92 yards and a touchdown (eight targets) against the Vikings.

RB Isiah Pacheco, Kansas City Chiefs: This is admittedly an educated dart throw. Pacheco should hardly be viewed as a savior just yet, but his increased usage suggests the rookie could be in line for a more sizable workload down the stretch. Stash him in leagues of 12 or more.

RB Kyren Williams, Los Angeles Rams: The Rams have tried Cam Akers, Darrell Henderson, Malcolm Brown, and Ronnie Rivers. No one has seized control of the backfield yet. That could change soon, however, with the 2022 fifth-round pick potentially being activated as early as this week. The Rams backfield is complicated, so I’d hold off inserting Williams as Hail Mary just yet, but his time will inevitably come.

WR Jahan Dotson, Washington Commanders: Dotson remains on the mend with a hamstring injury, but if you have room at the back end of your roster – and patience – you could be rewarded down the stretch. Remember, Dotson snared four touchdown catches in his first four games.

RB Caleb Huntley, Atlanta Falcons: Tyler Allgeier is the Falcons’ de facto lead back until Cordarrelle Patterson returns – he garnered 17 touches and a touchdown against the Panthers – but it would be remiss of me to overlook Huntley’s 16-carry, 91-yard performance. While Huntley didn’t factor as a receiver like Allgeier, he led the Falcons in carries. Keep an eye on how this time share plays out.

RB Travis Etienne Jr., Jacksonville Jaguars: Etienne has burst onto the scene the past two weeks, assuming the workhorse role that many fantasy owners envisioned three months ago. The former Clemson standout has compiled 38 carries for 270 yards and a pair of touchdowns over that span and will face the Raiders at home. Etienne has quickly become a must-start.

RB Rhamondre Stevenson, New England Patriots: Despite the return of Damien Williams, the New England backfield would appear to belong to Stevenson, who played 63 percent of the snaps last week. The second-year running back handled 23 touches against the Jets, registering 143 all-purpose yards. Start him with confidence this week against the Colts.

RB Jamaal Williams, Detroit Lions: Williams had a productive showing last week, carrying 10 times for 53 yards and two touchdowns against the Dolphins, and could see a sizeable workload once again against the Packers, with D’Andre Swift working through ankle and shoulder ailments.

WR D.J. Moore, Carolina Panthers: Moore’s season arc has been a fascinating one to follow. Since quarterback P.J. Walker assumed the reins in Week 7, Moore has performed like the WR2 most drafted him to be, corralling 13 receptions for 221 yards and two touchdowns (21 targets). There’s no reason to assume his production is poised to stall this week. Fire him up against the Bengals.

WR Romeo Doubs, Green Bay Packers: Doubs has garnered 20 targets the past three weeks, seven of which came a week ago, on a largely faceless Green Bay pass catching contingent. Expect another 7-8 targets in a favorable matchup against the Lions.