We’re about to find out over the next few weeks if this unbeaten Eagles team is truly elite – like, No. 1 overall seed elite – or if flaws and blemishes that could threaten their potential supremacy are currently masqueraded by the hot hand of Jalen Hurts or hidden beneath the surface of a schedule that hasn’t produced many worthy adversaries.

The Eagles, 4-0 for the first time since their 2004 NFC Championship team, deserve every accolade coming their way, both locally and nationally.

And they’re starting to come from everywhere. 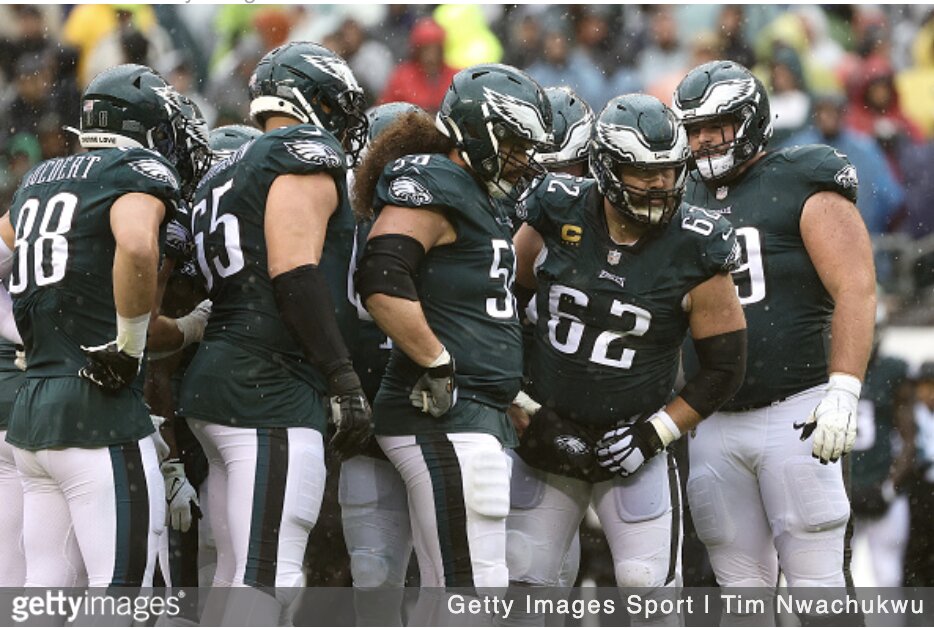 The Eagles’ success starts up front, with an overpowering offensive line

Their quarterback has risen his play to an otherworldly level. Their offensive and defensive lines have overwhelmed opponents. Receivers and defensive backs are creating the style of splashy, pendulum-swinging highlights that this franchise hasn’t seen from those positions in years, surely not in the same season.

A more well-rounded and complete Eagles team there hasn’t been since 2017, and this team is quite possibly richer in talent from top to bottom than the only one in team history to hoist a Lombardi Trophy.

But as thorough as the Eagles are, we’re just at the quarter pole of a long season, and there’s no such concept as an infallible team.

There will be losses somewhere from here until the end of December, and as the victories compile, so will the game tape and so will the resolve of their opponents to combat what the Eagles do best.

Some teams simply won’t have the manpower to counteract the Eagles’ multi-dimensional offense and emerging defense. Others will be better equipped to bring the Eagles back to reality.

The Arizona Cardinals, up next this Sunday out in Glendale, will probably need some favorable bounces to saddle the Eagles with their first loss, but Kyler Murray’s ability to extend broken plays and slip away from pressure present the kind of impromptu chaos that can threaten even the most disciplined defense.

If not the Cards, Dallas the following Sunday night promises to challenge the Eagles in ways others teams haven’t yet.

If coach Nick Sirianni took anything from his team’s 29-21 win over the Jaguars on Sunday, played out in a driving rainstorm with pestering winds, it should be that he has the ultimate fall-back option when those warts eventually surface.

The sheer ease in which the Eagles bulldozed an opponent with their ground game is Sirianni’s best trump card for when times get tougher.

The Eagles ran for over 200 yards against the Jaguars, who carried the NFL’s top-ranked rushing defense into the game. Miles Sanders set career highs with 27 carries and 134, often running through lanes with such ease that you’d have thought he was carrying an EZ Pass.

Last November, the Eagles welcomed the NFL’s top-ranked rush defense into the Line. The Saints left South Philly with a 40-29 loss and also allowed more than 200 rushing yards.

This proven record of mowing through the league’s best run defenses is Exhibit A that the Eagles can, at any time, impose their will against – even the league’s upper echelon squads, a benefit that’ll come in handy when the calendar turns to winter, when elements threaten, and when some legit contenders like Green Bay and Dallas line up on the schedule.

It’s fair to question the sustainability of Jalen Hurts’ 9.1 yards-per-attempt average, the 2.5 takeaways per game produced by the defense, and the nearly 30 points per game Sirianni’s team has averaged through four weeks.

Although it’s hard to see at the moment, some regression is inevitable.

But there’s no question the Eagles can navigate treacherous waters by shifting into ground mode. If and when they do, they’re very hard to stop. 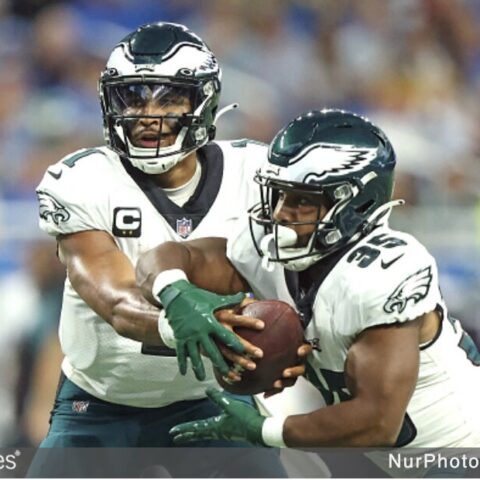