ITB: Coach Stout Next Up For OC, HC Gig?

With training camp on the horizon, Philadelphia Eagles fans are hoping the team’s aggressive offseason will pay off.

On the latest Inside the Birds podcast, Adam Caplan and Geoff Mosher answer viewer questions and provide offseason updates about the defensive line and more.

Geoff Mosher: “I think he’s going to impress himself on his coaching staff. His versatility, the fact that he can play a 3- or a 5-technique, he can do some different things. We didn’t see the real Tuipulotu last year because of his hamstring injury that he had early on. He’s got to make the team, but I feel like if he does make the team, they’ll figure out a way to get him on the field.” 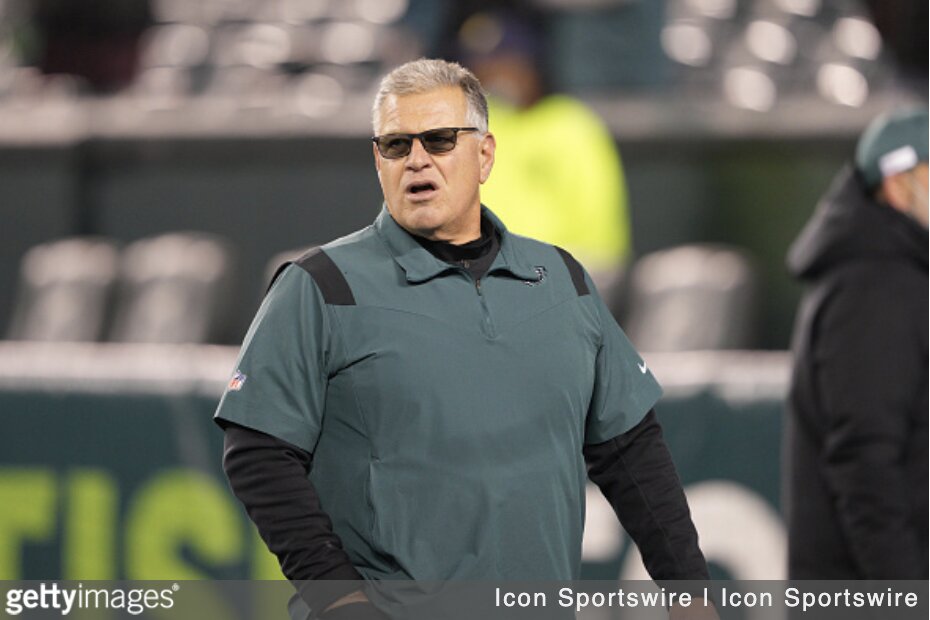 Mosher: “Obviously the best Eagles position coach, and perhaps the best coach on the team, is offensive line coach Jeff Stoutland. From what I understand, Stoutland really likes being on the East Coast. He’s from Staten Island (N.Y.). He likes it here, [he] didn’t go back to Alabama. He’s paid very well. If you’re going to hire Stoutland from the Eagles, you’re going to have to pay him some beaucoup bucks. I think he’d be more likely to go straight to head coach, but we’ve never heard him being mentioned for a head coaching job.”

Adam Caplan: “He was at one point the highest paid offensive line coach in the league. He’s definitely top three in his latest deal if he’s not number one.”

Caplan: “We have to find out where Graham is in his comeback. We reported he looked great in OTAs. They were kind of surprised how good he looked. They didn’t ask him to do much but he looks good in what he was asked to do. If he looks great, he’s going to play a lot.”

Caplan: “After Calvin Ridley [trade fell through], it was going to be Allen Robinson. They were in pretty good, we had heard, but the Rams blew him out of the water. I would not say that the Robinson deal was close, but they talked real money. They were never in it for [Christian] Kirk because, like every team, when they had heard what his agent thought he was getting, they were never in. The Eagles have had, and every NFL team has done this, dozens of players in free agency over the years where they target a guy, then find out what the guy wants and end the discussion.’