After weeks of exits within the Philadelphia Eagles front office, the new-look staff for Executive Vice President of Football Operations Howie Roseman is beginning to take shape.

On the latest Inside the Birds podcast, Adam Caplan and Geoff Mosher discussed the latest hiring, as well as potential in-house names to watch for promotions, including the son of Owner Jeffery Lurie. 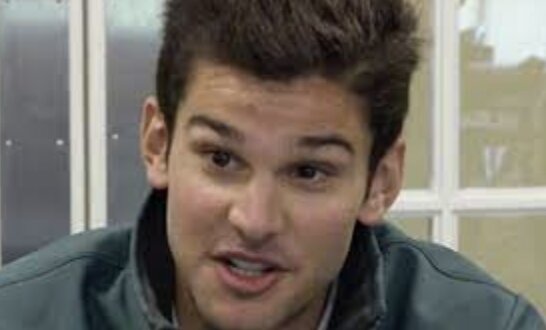 Alec Halaby’s role is slated to increase, per ITB sources.

Geoff Mosher: “What’s important here to understand is that he will be doing a lot of pro scouting, which is his expertise, and he will be doing some college scouting, which is what he really needs to add to his resume if he wants to climb the ladder. If he wants to continue to take that step in his career upward, he’s going to have to add college to his career and really show his talent evaluation skills in both arenas.”

Adam Caplan: “What we know from a lot of Steelers sources who know him, he’s definitely going to be able to do different things. The thing about him, and why he’s so respected, because he worked under [former Steelers GM] Kevin Colbert, he was the protégé of Colbert. There were people that told us he was probably going to be Kevin’s handpicked successor, but it was not his decision. Hunt is very well respected and very highly thought of. When you work for the Steelers for a long time, you’re probably very good at what you do. But as you said, he doesn’t have the college background. That, to me, is why he didn’t get the jobs he interviewed for assistant GM.”

Mosher: “Because he’s handling pro and college scouting, people have asked us is he going to be a VP or assistant GM. Iit doesn’t sound like that’s the role. It sounds like he’s a step away from that. But this is a good situation for the Eagles and for Brandon. He went on a couple of interviews. He interviewed for his own team twice. They didn’t promote him. It’s clear he needs to show something more. It sounds like he just needs to have a little more on his resume. Why people I spoke to think that being in Philly will be a great opportunity for him is because – as you’ve seen here – executives come in and get promoted fairly well as long as they’re doing their job. They’re given certain titles and they learn. For whatever you want to say about Howie, he knows the trade market really well. He knows how to do things a general manager knows how to do. He is someone that Brandon can learn from. It’s a really good situation for both Brandon and also for the Eagles, who are really trying to bring more people into their depleted front office.”

Caplan: “Barring something unforeseen, the word we received is that he’s likely, he will be the assistant GM. If that happens, does it mean he’s going to do anything different? We don’t know yet. We just know that he does what he does, he’s great at it and is very well respected by the Eagles and other we have talked to around the league that know him. Whatever title he gets, we think it’s going to be assistant GM, it’s about what does he actually do.”

Mosher: “We detailed that during the hiring process a year ago of Nick Sirianni that Julian Lurie was involved in the interviews. I’m not saying he was asking questions, but he was part of the process among others. That just shows you that they’re slowly getting Lurie more involved with the team. He’s another one, like Alec Halaby, that puts a lot of emphasis on analytics. Jeffery Lurie has come out and said that when he steps down, Julian Lurie will be the owner of the team if he wants to.”

Mosher: “You’ve got Julian and Alec Halaby, both analytics guys. Alec is about to have a bigger role in the front office. Julian is about have a role with the team for the first time. As I understand it, he’s going to have some kind of role with the team inside this department. Analytics has always been a part of what the Eagles do. The concern for me, is how much is analytics going to rule the roost here compared to what it’s already been?”