The Philadelphia Eagles’ active offseason has addressed many key needs, but with some positions – and the front office structure – still in question, fans are wondering what moves are next.

On the latest Inside the Birds podcast, Adam Caplan and Geoff Mosher answer questions about some of the latest rumblings surrounding the team. 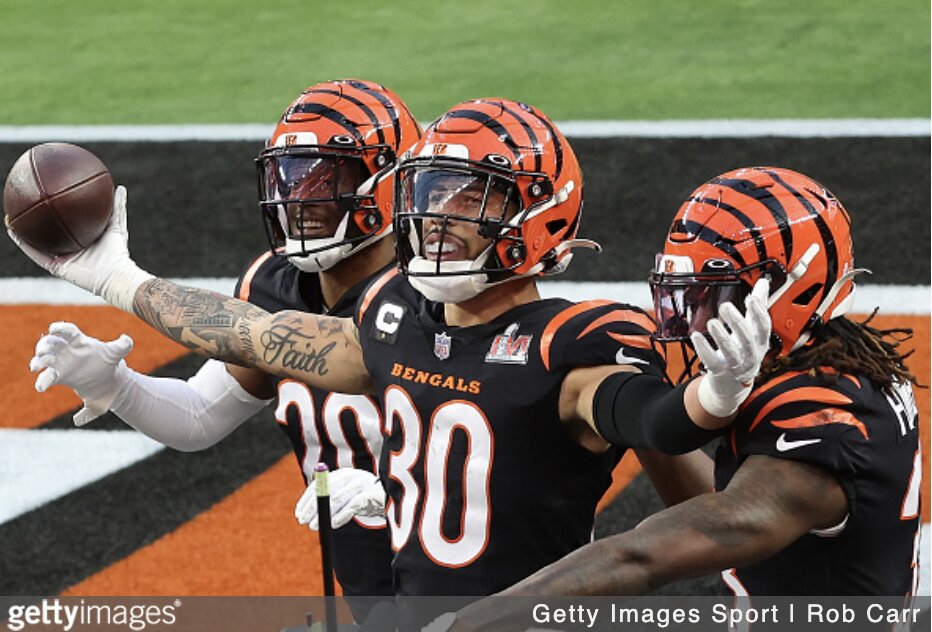 Adam Caplan: “There’s nothing going on with the Eagles and Jessie Bates. The Bengals, the way it was explained to me by a lot of teams that have dealt with them over the years, they simply do not trade players. They don’t do it unless they absolutely have to. This is the way it was explained to me: [Bengals owner] Mike Brown is like his dad, the late Paul Brown. He just believes that the club has the leverage. They’re old school. If you looked up player trades in the last 20 years, they’re in the bottom five, I was told.”

Geoff Mosher: “You’re not just going to snap your fingers and have All Pros and Pro Bowlers at every single position. The team has upgraded about as much as a team could upgrade. If by chance it happens, that may be the best offseason ever.”

Mosher: “Jalen Hurts can throw the ball 50, 60 yards in the air. That’s not a problem for him. What makes him different than Justin Herbert, Joe Flacco or Michael Vick, guys with renowned arm strength, is that for Jalen Hurts to throw the ball that far, he needs load-up time. It’s not a flick of the wrist for him. He’s got to have all of his mechanics correct to make that throw, unlike some of those other guys. Where you see him struggle, from an arm talent standpoint, is when he tries to make a deep throw while he’s navigating around the pocket.”

Caplan: “He’s really not a time-and-anticipation thrower. He rarely does it. That was the one thing with him because he had trouble getting off of his first read. That’s the hope now, he’s in the second year of this offense and the scheme, that he will be better.”

Mosher: “As it was told to us, the interview with the Steelers went pretty well. Andy Weidl came out of this interview thinking that it was good. He had a good chemistry with the people that he met. This is what we heard from people who know. He actually spent quite a while talking to Mike Tomlin and was able to establish a good connection there, which is really essential to trying to get that job.”

Caplan: “Andy has had his two interviews for the GM spot. There are some people around the league that we talked to over the last week or so that said don’t dismiss the possibility, because he’s so well-thought-of in the Steelers building, that he could be paired up as assistant GM with Omar Khan if Omar gets the GM job. What helps Andy is that he’s from Pittsburgh and he knows the organization.”