Following the NFL Draft, the Eagles quickly signed many prospects who fell through the cracks, with news of most of the 12 undrafted free agent signings trickling in shortly after the draft’s conclusion.

As several position groups are undermanned and opportunities are plentiful, I looked at six rookie free-agent signings who have the most realistic path to a 53-man roster spot. 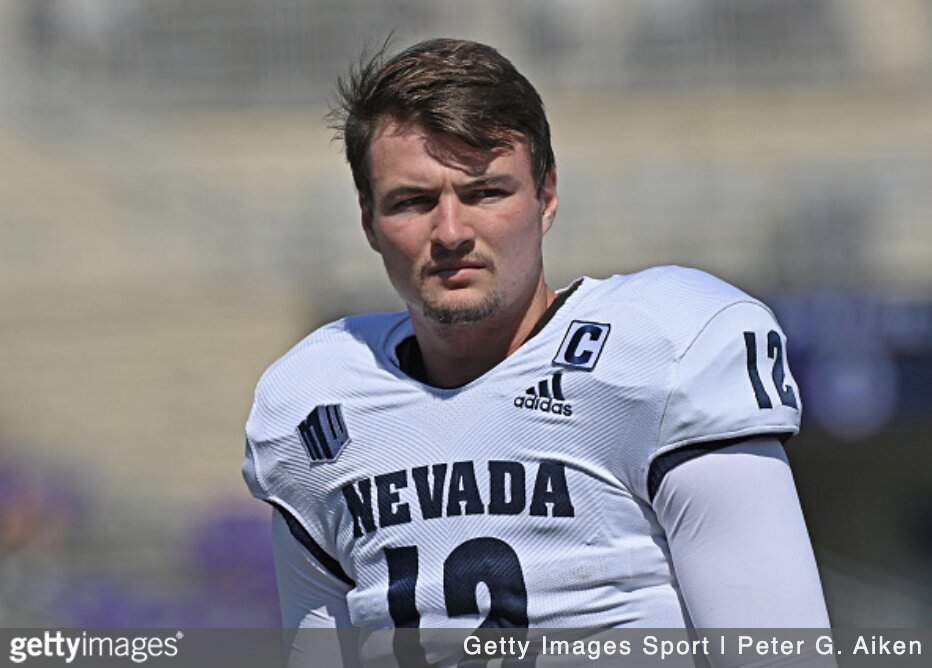 If not for concerns surrounding the residual effects of a debilitating knee injury suffered in his senior year of high school in 2017, Strong would’ve been drafted and wouldn’t be on the roster fringe headed into training camp.

The 6-foot-3, 226-pounder is a quintessential pocket passer and gunslinger who is unlikely to strike fear in defenders because of second-reaction plays, but it’s his enticing blend of rocket-launcher arm, velocity, and knack for threading the football into the narrowest of windows that prompted teams to cal him moments after the draft. However, his aggressive tendencies, penchant for holding onto the ball too long, and medical concerns ultimately placed him at the bottom of an uphill climb towards a roster spot.

Last season, Strong passed for 4,175 yards and 36 touchdowns against just eight interceptions. The 22-year-old will enter training camp battling third-year pro Reid Sinnett for what will presumably be the No. 3 quarterback job behind Jalen Hurts and Gardner Minshew.

The Eagles didn’t add to its running back stable through the draft, but the decision to dole out $240,000 in guaranteed money to Brooks less than thirty minutes after the draft concluded suggested the former Sooner will be given every opportunity to earn a roster spot.

Brooks, who eclipsed the 1,000-yard rushing barrier in each of his three seasons, will compete with Boston Scott and Jason Huntley for a reserve role behind Miles Sanders and Kenny Gainwell. The good news for Brooks is that he offers a skill-set that’s lacking from the Eagles’ current group of running backs. The 5-foot-11, 215-pound Brooks is equipped to handle early down and short yardage work and boasts a track record of durability, but his receiving prowess leaves a lot to be desired and he doesn’t offer much in the form of burst or short-area quickness.

If Brooks, who figures to see extensive work as a volume runner during the preseason, also impresses in the third phase, he could conceivably carve out a Corey Clement-esque role in the rotation.

Many of the Eagles’ offseason acquisitions and ideologies suggest defensive coordinator Jonathan Gannon will experiment with some 3-4 looks this season. The Elliss signing is another signal.

Like Brooks, Elliss – a 6-foot-4, 346-pound space eater –also received $240,000 in guaranteed money. The mammoth interior defender will have to fend off 2021 sixth-rounder Marlon Tuipulotu and former practice squadder Marvin Wilson for what would essentially be the fifth defensive tackle spot, though his odds increase due to the positional versatility of Milton Williams.

Elliss’ impact can’t be measured in stats – just 75 tackles, 2.0 sacks, and a quarterback hurry across three season for the Vandals – but his power at the point of attack and ability to push the pocket and absorb double teams make him a valuable commodity. If Gannon is seeking another interior mauler to pair with first-rounder Jordan Davis and give the line different looks, Elliss figures to get a long look.

On of the more intriguing additions from this crop of post-draft signings, Fayad appears to fit the bill as a SAM linebacker – an on-the-line linebacker – in Gannon’s defense.

Fayad, the 2021 MAC Defensive Player of the Year, logged 28.5 sacks and 53 tackles for loss for the Broncos last season, with 12.5 of those sacks and 17.5 tackles for loss a product of his standout 2021 campaign. Despite his collegiate acclaim, the 6-foot-2, 248-pound pass-rush specialist must emerge among a crowded position group that includes 2022 sixth-rounder Kyron Johnson and holdovers Patrick Johnson and JaCoby Stevens if he expects to stick.

Fayad, a prospect whom I had a seventh-round grade on, makes amends for his lack of length and strength at the point of attack with fluidity and shrewd pass rush approach. In what projects to be a narrow race to the finish for a depth role, Fayad will need to quickly transition to the pro level, outperform his competitors on special teams, and demonstrate consistency for roster consideration. Bear in mind, depending on the defensive infrastructure this season, the team could opt to go heavier at the position.

Due to pedigree and position, Goodrich seems poised to be among this year’s training camp darlings. Comparable to others on this list, the Eagles were aggressive in securing the Clemson defensive back, dedicating $217,000 in guaranteed money.

Goodrich, a prospect whom I had a sixth-round grade on, started all 12 games for the Tigers last season, registering 48 tackles, nine pass breakups, two interceptions, and a touchdown allowed in 561 snaps last season.

The 6-foot, 175-pound cornerback offers the length and physicality teams desire in perimeter defenders, but his lack of long speed and overall fluidity likely hurt his stock. At 175 pounds, Goodrich will also need to continue to build up his frame in order to match his tenacious play style.

Goodrich landed in an ideal spot in Philadelphia, where his position group is currently viewed with scrutiny and skepticism and where the battle for a final spot appears to be wide open. However, he’ll have to stave off a slew of young defensive backs the team has invested time and moderate resources in, a list including Tay Gowan, Kary Vincent Jr. and Josiah Scott, while special teams stalwart Craig James is healthy and still looms. That said, if Goodrich performs to standard and the team is torn, expect the Eagles to lean towards the upside of their prized undrafted free agent signing.

Jobe is caught in the same predicament as Goodrich, with several young defensive backs ahead of him to leapfrog if he plans to to land on the 53-man roster.

Jobe is a player to whom I assigned a fifth-round grade, despite coming off a disappointing 2021 campaign. A foot injury hindered his final season, as he missed the postseason and was unable to take part in any pre-draft testing. For those reasons, Jobe became an afterthought during the evaluation process. When paired opposite Patrick Surtain two seasons ago, Jobe tallied 55 tackles (2.5 for loss), 11 passes defended, 2.0 sacks, and a pair of forced fumbles.

The 5-foot-11, 182-pound cornerback boasts the enticing arm length and physicality that’s custom-built for the perimeter, but it’s special teams prowess and potential positional versatility that should earn him a roster spot. For all of his desirable traits, Jobe doesn’t provide much in terms of long speed or fluidity.

This leads me to believe his physical style of play, coupled with his anticipation and astute football intellect, could make him an ideal safety candidate – another position in need of retooling. It wouldn’t surprise me if Jobe is on the verge of securing a roster spot late into the summer.