The likelihood of Howie Roseman, the top executive on the Eagles’ front-office totem pole, entering the 2022 NFL season with lame-duck status was never very good.

Jimmy Kempski of PhillyVoice.com reported Thursday that the Eagles and Roseman have agreed on a three-year extension through 2025, giving some security to the team’s longtime personnel chief.

Roseman, the team’s executive vice president of football operations, will continue to oversee the front office and be the final voice on team personnel decisions in his 23rd season with the franchise. 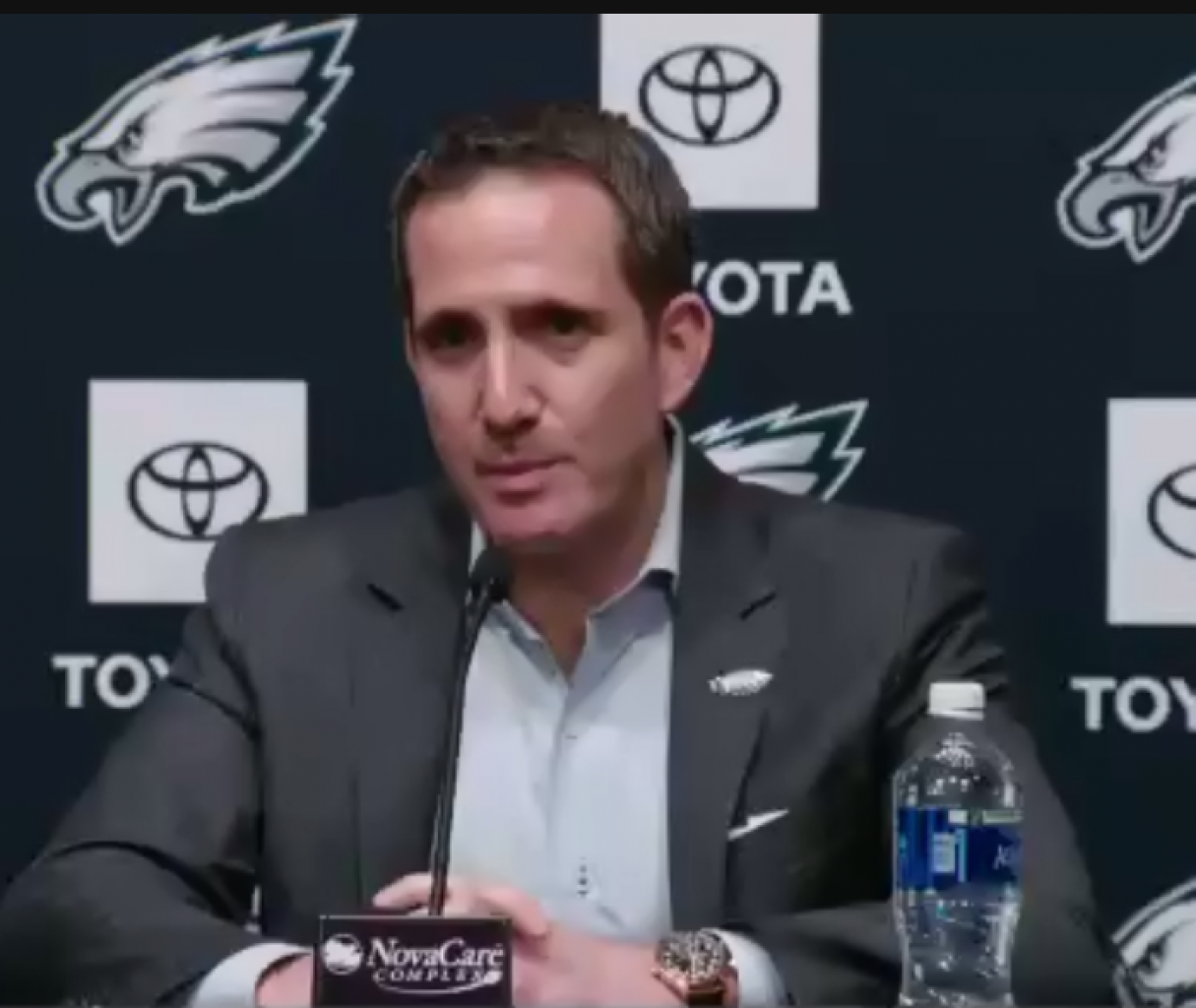 Howie Roseman’s new extension runs through the end of 2025.

The 46-year-old, who rose from salary-cap adviser to general manager and eventually vice president of football operations, presided over building the 2017 roster that delivered the franchise its first and only Super Bowl. He has also presided over some recent drafts that came with notable misses.

Since 2010, when Roseman became the NFL’s youngest general manager at 34, the Eagles are 100-92-1, a .521 winning percentage. The Eagles have reached the postseason six times in that span.

The extension will surely draw mixed reactions, as the Eagles have won just 22 games over the past three seasons – tied for the team’s fewest wins over a three-year span since the start of 2000 – and have seen some early draft picks struggle to fulfill their promise along with major changes at prominent positions.

Although the Eagles made the playoffs this past season and three times in four years since the Super Bowl season, the Eagles are just 1-3 in the playoffs since hoisting the Lombardi and have lost their last three playoff games by an average of 10 points.

While a three-year extension appears to be a vote of confidence from owner Jeffrey Lurie, who made Roseman the league’s youngest general manager in 2010, it’s not a guarantee that Roseman will hold the same position until 2025.

Lurie has already shown twice that he’s not afraid to pull the plug on one of his closest associates and top dogs if he believes change is necessary.

Lurie parted ways with his childhood friend and former team president Joe Banner in 2012 after Banner helped Lurie build up the franchise following Lurie’s 1994 purchase of the team. Banner had spent 18 seasons with the club and presided over some of the team’s most successful seasons, absent a Super Bowl win.

Lurie also stripped Roseman of his personnel responsibilities in 2015, forking over total control to head coach Chip Kelly, who went 7-9 as coach and shot-caller before being fired. Roseman, who spent the year without any major power, had his personnel control restored in 2016, and for the first time in his career was given total control over the 53-man roster.

From the start 2016, the Eagles are 51-45-1 (.525) with four postseason berths but they’ve also been beset by major changes up top and some noteworthy draft misses.

The franchise has moved on from head coach Doug Pederson and quarterback Carson Wentz, two pillars of the team’s Super Bowl run, and Roseman has survived three separate head-coaching changes and four total head coaches during his tenure.

Three additional contract years gives Roseman some financial and personal security, as he won’t be feeling the pinch all season, but it shouldn’t be interpreted as a guarantee that he’ll maintain his title until the end of the deal.