In this edition of “DiCecco’s Draft Notebook,” highlighted is a position the Eagles must address with one of their premium picks, along with a handful of Day 3 prospects who could be on the radar.

While the Eagles have often adopted a Band-aid approach when it comes to safety, if there were ever a draft to break precedent and bolster the position with a premium pick, this would be the on. 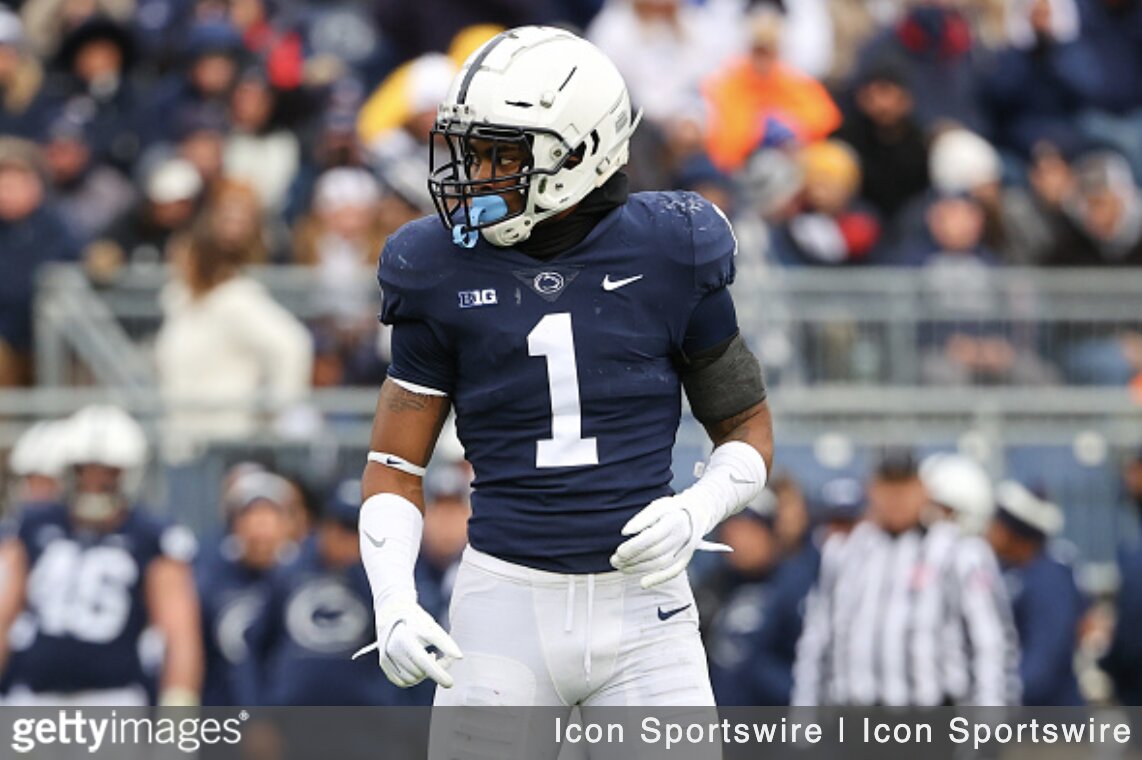 I’m not suggesting the team suddenly addresses the position in the first round with Notre Dame’s Kyle Hamilton – a consensus blue-chip prospect — but picks No. 51 and No. 83 could easily yield a talented starter.

With aging veterans Anthony Harris and Rodney McLeod primed for free agency, leaving just Marcus Epps and K’Von Wallace to round out the depth chart, the Eagles will likely need to come away with more than one safety this offseason.

Hamilton aside, Penn State’s Jaquan Brisker is a prospect I’ve been enamored with predating the 2021 season. The 6-foot-1, 200-pound Pittsburgh native, who recorded 63 tackles (6.0 for loss), five pass breakups, a pair of interceptions and a fumble recovery last season, is a physical, instinctive, multidimensional defensive back who has demonstrated continuous improvement over the past two seasons. He should be in the discussion at No. 51.

Georgia’s Lewis Cine is another player who figures to garner interest early on Day 2. Sporting a near-identical build as Brisker, Cine is an astute safety whose eye discipline, anticipation, and swarming closing speed flash in coverage. But it’s the physical, rangy, downhill element to his run defense that really stands out.

While I prefer Brisker, the more well-rounded prospect, Cine would be an instant upgrade for the Eagles and plug-and-play starter.

Also, Jalen Pitre (Baylor) – a player I’ve written about before – is a do-it-all safety who can fill myriad roles on any defense. Daxton Hill (Michigan) is a rangy speedster with plus coverage acumen. Bryan Cook (Cincinnati) is an imposing tone-setter at 6-foot-1, 210 pounds, and also a quick processor who showcased his versatility last season.

Then there’s the curious case of Oregon’s Verone McKinley III, a prospect with overflowing intangibles who perplexingly has flown somewhat under the radar. Despite boasting indispensable versatility, ball skills and a sharp football intellect, McKinley lacks the desired size (5-11, 194), athleticism and range that teams typically covet at his position.

Though he certainly has the tools to be an early contributor as a rookie, McKinley’s role at the pro level is tough to project, which could potentially make him a value Day 3 steal. His Combine/ Pro Day numbers will be crucial to his draft stock.

Most NFL rosters are comprised of Day 2/3 talent, and the Eagles are positioned to fill out the roster with a plethora of talented prospects at positions of need in the final act of draft weekend.

More to come on some of those prospects in the coming weeks.