All Eyes On Thee

All eyes are fixated on the developments in Mobile, Ala., this week as Senior Bowl practices are officially underway.

Draft stocks are sure to rise and tumble throughout the week, and unfamiliar names are sure to emerge,  as teams closely evaluate the nation’s premier college prospects in advance of April’s NFL Draft.

With the Eagles owning three first-round picks, there are several Senior Bowl participants who could fit the bill for them.

Here are six players in attendance — and two others who withdrew — who should entice the Eagles on draft weekend: 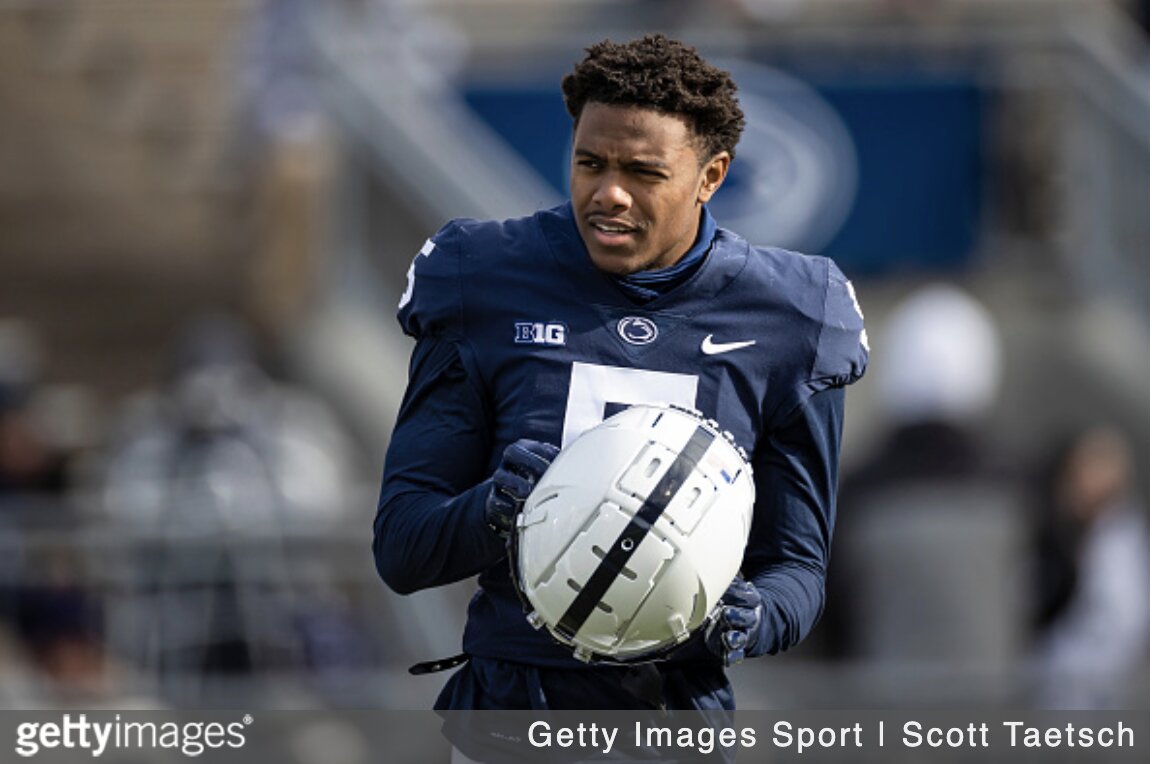 Penn State WR Jahan Dotson withdrew from the Senior Bowl, but will be one to watch.

With the Eagles possessing three of the top 19 picks in April’s draft, no position should be considered off-limits, including quarterback. While this year’s crop of signal callers has largely been classified as underwhelming, Pickett – at 6 foot 3, 221 pounds –  will have every opportunity to achieve blue-chip status with an efficient week. Last season, the Pittsburgh product completed 67.2 percent of his passes for 4,319 yards, and 42 touchdowns against just seven interceptions, while also adding 233 yards and five touchdowns as a runner. Intelligent, athletic, and ultra-tough, Pickett has the intangibles to emerge as one of the week’s biggest winners.

The Eagles need to bolster its pass-catcher weaponry and Dotson could provide the sorely needed versatility and explosiveness the team believed it was getting in 2020 first-round pick Jalen Reagor. Though hardly sporting a prototypical build for the position at 5 foot 11, 184 pounds, Dotson wins with suddenness at the line of scrimmage and route-running precision. The Penn State product is dangerous on all three levels of the field, attacks the football, and offers the ability to moonlight as a punt returner. He would have had an opportunity to boost his stock if he demonstrated he could consistently operate against physical coverage, but a strong Combine should help his stock.

As the Eagles search for building blocks to fortify the defensive side, adding another interior defender to pair with Milton Williams should be among their priorities. The 6-foot-4, 292-pound Winfrey is a quick-twitched interior mauler with an explosive first step off the ball. Lateral agility and urgency in his pass-rush plan stand out when watching him play. The Oklahoma alum compiled 23 tackles (11.0 for loss), and 5.5 sacks in 2021. His performance in the 1-on-1s could go a long way in determining Winfrey’s draft positioning.

Johnson is armed with a vast array of talents. A former JUCO standout at Independence Community College – featured on Netflix’s “Last Chance U” – Johnson parlayed his success into a stint at Georgia, but it was his lone season at Florida State that made him a household name. Johnson combined for 70 tackles (17.5), 11.5 sacks, two forced fumbles, a fumble recovery, and a touchdown last season for the ‘Noles. Equipped with a refined pass rush, lengthy frame, power, and explosiveness off the edge, Johnson should see his stock surge this week. Johnson should be in first-round the mix for the Eagles. Ideal complement to Josh Sweat.

Though considered undersized by traditional standards at 6 foot 3, 256 pounds, Ebiketrie does an excellent job converting speed-to-power, moves well laterally, and plays with a relentless motor. A transfer from Temple, Ebiketrie combined for 62 tackles (18.0 for loss), 9.5 sacks, and a pair of forced fumbles. Given his relatively modest collegiate resume, Ebiketrie falls under the category of players in Mobile with the most to gain. Explosive edge rusher that has yet to scratch the surface of his capabilities.

At 6 foot 3, 232 pounds, Lloyd has the length and physical traits to instantly infuse any defense with inherent athleticism and coverage acumen. Lloyd moves exceptionally well laterally and boasts sideline-to-sideline range. Given the league’s growing trend of multi-faceted second-level defenders assigned to dynamic tight ends and running backs and asked to provide optionality from a schematic standpoint, players of Lloyd’s mold come at a premium.

McCreary is another prospect with much to gain this week and should conceivably vault his stock into top-20 territory. McCreary gives the Eagles a Day 1 starter opposite Slay and another long, perimeter cornerback with supreme athleticism and fluid change-of-direction. The former Auburn Tiger logged 49 tackles (2.0 for loss), 1.0 sack, and two interceptions last season. Given the lack of depth opposite veteran Darius Slay, the cornerback position must be a first-round priority.

The Eagles’ solution to its seemingly perpetual safety conundrum has been veteran Band-aids. However, like linebacker, safety is another position where investing premium draft capital is long overdue. Pitre, 6 feet, 197 pounds, is a well-rounded defensive back poised to thrive in any scheme. The Baylor product boasts the range, lateral fluidity, and instincts to thrive in coverage and the willingness and mentality to play physical and defend the run. Essentially a Swiss Army knife, Pitre could fill a myriad of roles at the next level and has the frame to support another 10 pounds. Between Pitre, and now Vernon McKinley, the position will be well-represented in Mobile.