Say Goodbye To The Good Guy

Resigned to the reality that his body could no longer hold up to be an elite NFL right guard, Eagles offensive lineman Brandon Brooks announced his retirement Wednesday in a reflective, often emotional, press conference.

Brooks, a Super Bowl champion for the Eagles, became as admired for opening up about his grapple with anxiety and depression as he was for emerging into a three-time Pro Bowl selection and among the best at his position.

He played just two games in 2021 after sustaining a pectoral injury that sidelined him for the rest of the year, which he said was much longer than he expected.

Brooks said he wrestled with retirement thoughts going back to last offseason.

“Although I’m a young man in this game of life, I’m older now at 32,” he said. “And I think my body is trying to tell me through these injuries that, ‘Can I still play?’ I think the answer is yes, but the answer is also at the point of, ‘Can I hold up?’ After all these injuries, I realized that at what point do you listen to your body?

“I had to make a decision, and I think at this point in time I think it’s the right decision.” 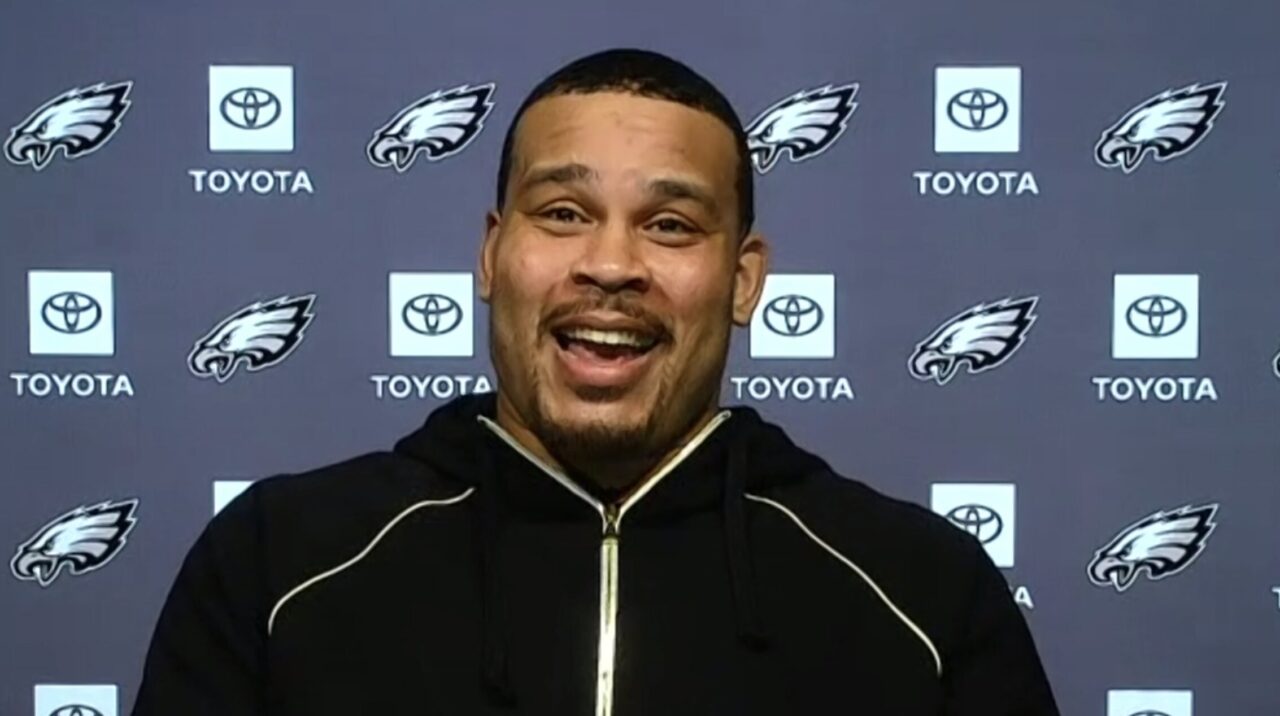 Eagles RG Brandon Brooks is retiring after a 10-year career, 6 with the Eagles

Brooks, who was signed through 2024, reportedly agreed to a contract restructure recently that’ll lessen the team’s cap hit in 2022 and ease the process of absorbing dead money in 2023 and 2024 from his pro-rated signing bonus.

Clearly a deal for cap purposes in anticipation of him not being an Eagle this year.

Though he made three Pro Bowls, the Eagles still have one of the NFL’s best offensive lines and several candidates to replace Brooks, whose spot was mostly filled by second-year lineman Jack Driscoll, a 2020 fourth-round pick, and by Nate Herbig, a 2019 undrafted rookie.

The Eagles, who have long believed in building an offense through the offensive line, are also notorious for using draft picks to fortify the offensive line. They currently have 11 picks for the 2022 NFL Draft.

Brooks was a rare free-agent offensive lineman signing for the Eagles, who lured him away from the Houston Texans, the franchise that drafted him in the third round of the 2012 draft.

Brooks made the first of three straight Pro Bowls in 2017, helping the franchise win its first and only Super Bowl, making him one of the most successful free-agent signings in franchise history.

“When we acquired Brandon as a free agent in 2016, we knew he would be the perfect cornerstone for a new coaching staff to build around,” Eagles chairman Jeffrey Lurie said in a statement. “Beyond his on-field accomplishments, I am most proud of the way Brandon represents our organization with exemplary class.

“He is one of the most thoughtful and braves athletes I have ever been around. Brandon’s willingness to openly discuss his own struggles with anxiety as served as an inspiration to so many and helped open the door for future conversations among athletes and role models everywhere.”

Brooks became emotional at times during his press conference, especially when discussing the role offensive line coach Jeff Stoutland played in his development, his open admission about coping with mental health struggles in 2016 and when discussing his talks with right tackle Lane Johnson this season after Johnson missed three games before also coming forward to discuss grapples with depression and anxiety.

In 2016, Brooks missed two games for then-unknown reasons until he came forward and discussed how anxiety had been impacting him.

“Back in ’16 … I don’t know how to describe it,” Brooks said. “It was a crazy time. You can go one of two ways, right? Do you not say anything? Do you just say it and call it a day? How do you do that? At that time it wasn’t a whole lot of athletes speaking on it.

Brooks said he planned to stay in the Philadelphia area, calling the region his home, and said he’s applying to take business courses at University of Pennsylvania.

He opened his press conference thanking several members of both organizations he played for, pausing at times to fight back some tears, and thanked Eagles fans, calling them “the greatest fans in the world.”

“The City of Brotherly Love is just that – love,” he said.

He concluded his opening statement with a quote:

“Defeat is never fatal. Victory is never final. It’s the courage that counts.”