“Dude Knows How To Put People Down”

The Eagles rebounded from a two-game losing in a big way, dominating the Lions in a 44-6 win in Detroit.

The running game finally came alive and the defense shut Detroit down for the entire game.

“That’s what a well-rounded run game can do for you,” Mikell said on the latest “Q&A” on Inside the Birds. “To all the people that don’t like the running game and think passing is the way to go, I say as a fan of football and a player of football for many years, I’m just as excited for a good running play than I am for a good passing play being executed. All around it was just beautiful.”

Avant agreed, noting the impact of the Eagles’ power run game on the Lions’ defensive front.

“This week they said, ‘Hey, we’re gonna run this ball’ and before you know it the offensive line gets to tee off and become the aggressors,” he added. “Those are body blows. It’s like being in a boxing match. Constantly getting hit in the ribs and lower ab area, and before you know it those organs start speaking to you saying, ‘Stay down.’ And that’s what the Lions did and we took advantage of it. I was proud to see the Eagles go hard after the run game.” 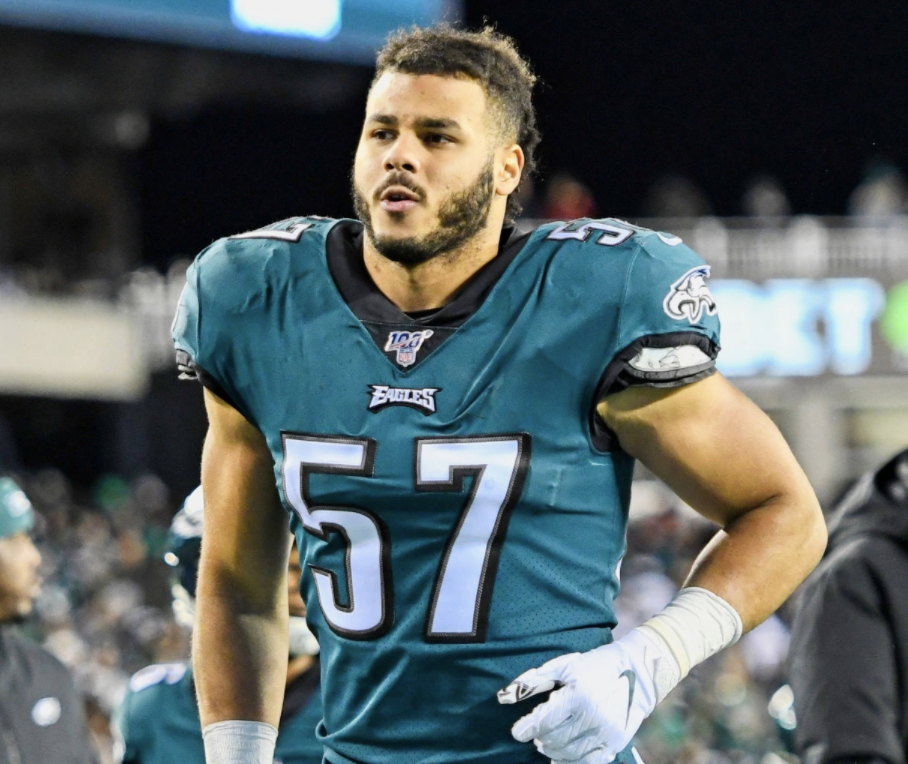 The Eagles’ defense showed some real signs of improvement, recording six sacks and scoring a defensive touchdown on its way to only allowing  just six total points and 228 yards of total offense.

“That’s what you want,” Mikell said, “That’s when you feel this team starting to come together.”

“When you’re aggressive and you get after it, it’s like you’re in a war together,” he said. “That’s when you see everything start to mesh together on the defense. I’m just hoping this is a catalyst for this defense to start firing on all cylinders. And hopefully our defensive coordinator continues to gain more confidence.”

“His measurables are bad. He’s not gonna look the best,” Avant said. “But I will tell you this: that dude knows how to put people down. I don’t know what it is, but some guys are just like that. Some dudes are just football players and T.J. Edwards is a football player.”

Also discussed on the show: Fletcher Cox’s frustration and his future with the organization.

“Fletcher Cox did not get moved. Eventually they’re gonna have to move him,” Avant said. “ It’s not gonna happen this year or maybe even next year, but we’ll see. Our team is definitely better with Fletcher Cox. He’s definitely frustrated. I would be frustrated.

“Imagine you’ve had free reign your entire career, you’ve been able to get to the quarterback at your will and how you like to do it. Now you get a new coaching staff that’s barely older than you and they’re telling you that you can’t rush the way you normally rush. Now your production is down and everyone’s talking about your decline and you on the trade block. So from Fletcher Cox’s standpoint, I feel him, I understand.”