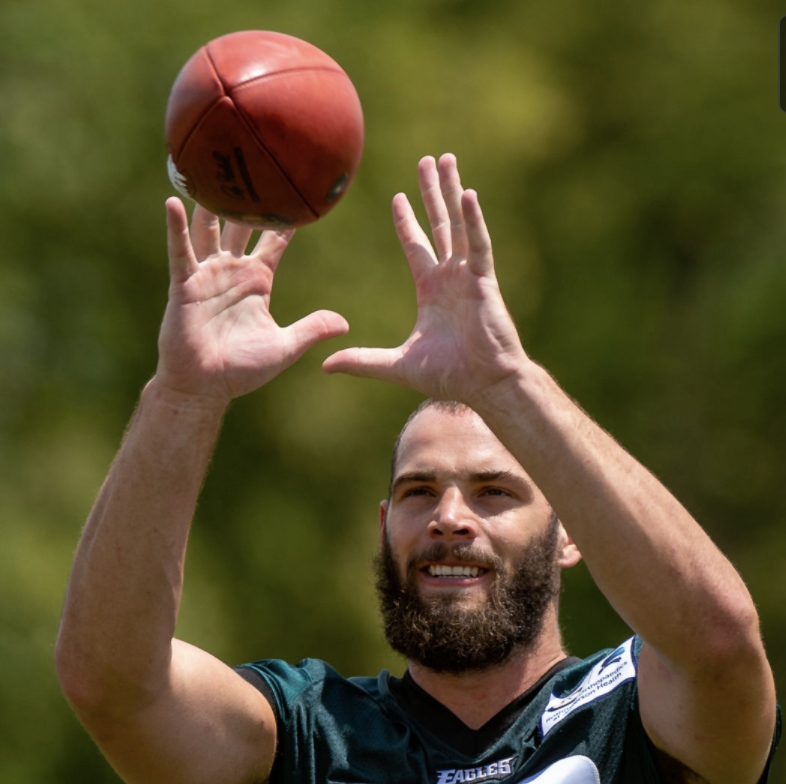 In a move that signals uncertainty about Dallas Goedert’s availability for Sunday’s road game against the Raiders in Las Vegas, the Eagles on Wednesday announced the re-signing of veteran tight end Richard Rodgers to the practice squad.

The 29-year-old Rodgers has spent parts of each of the last three seasons with the Eagles and has played 85 games in seven years. He was most recently with the Arizona Cardinals but was released last week after the Cardinals traded for Eagles tight end Zach Ertz. The Eagles released offensive tackle Casey Tucker to clear room for Rodgers.

Goedert missed last Thursday’s 28-22 loss against the Buccaneers because earlier last week he was placed on the Reserve/Covid-19 list. As of Wednesday afternoon, Goedert remained on the list and didn’t practice with the team. Goedert must provide two negative tests 24 hours apart to come off the list and be eligible to play.

In other news, Eagles coach Nick Sirianni said right tackle Lane Johnson is retuning to practice Wednesday and labeled Johnson as “day to day” as the team ramps up Johnson, who missed the past three games for personal reasons related to anxiety and depression. Sirianni said Johnson would be limited Wednesday at practice but also said Johnson’s ankle, which landed him on the injury report leading up to the Week 4 game against the Chiefs, wasn’t part of the decision to limit Johnson’s workload in practice.

The team also activated tight end Tyree Jackson and safety K’von Wallace from Injured Reserve and into the 21-day practice window. Both could play before the end of the 21-day window if medically cleared by the team. Jackson, an undrafted free agent who played quarterback at Buffalo, made an impressive transition to tight end at training camp, enough to make the 53-man roster despite suffering a back injury in camp that would require several weeks to heal.