Mailata “Ready To Roll” Vs. Panthers 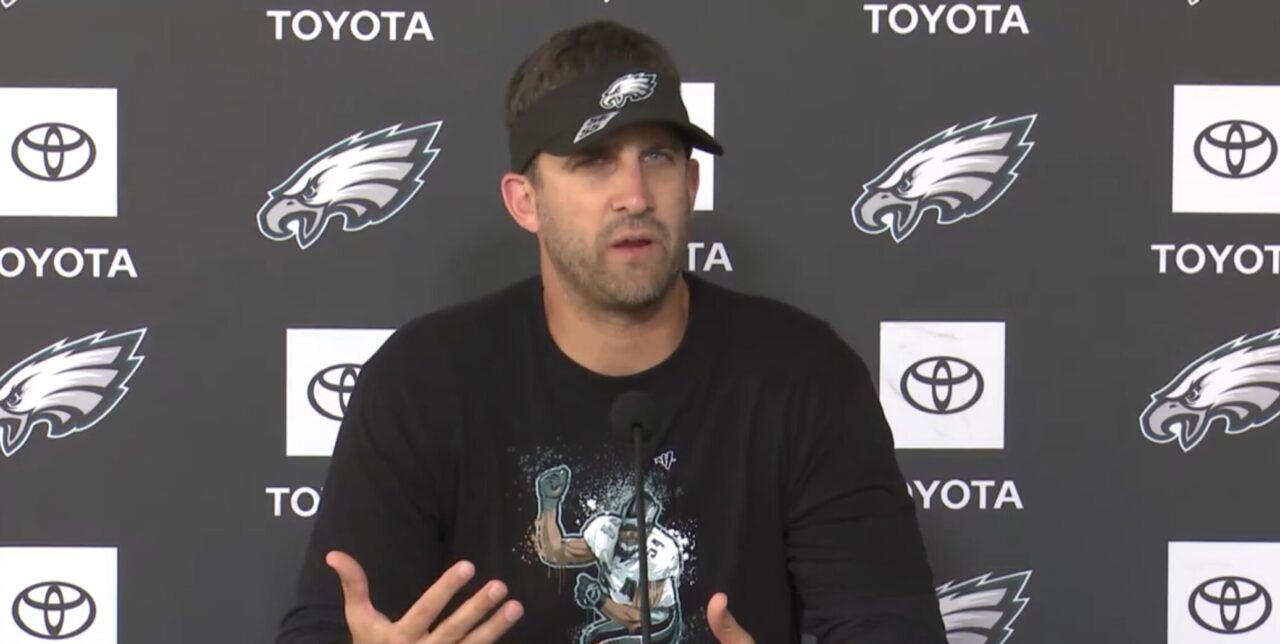 Stop us if you’ve heard this before: The Eagles are getting ready to play their game Sunday with a potentially new offensive line combination.

The Eagles, who played more line combos last year than any NFL team and have already played four different combinations this year, will be without Lane Johnson again for their Week 5 matchup against the Carolina Panthers in Charlotte, head coach Nick Sirianni said Friday. Johnson will miss his second straight game with a personal matter that the Eagles haven’t discussed further publicly.

Left tackle Jordan Mailata, who missed the past two games with a knee sprain, will be available to play. His spot had been filled by Andre Dillard. Sirianni didn’t say if Mailata will return to play left tackle or fill Johnson’s void at right tackle and didn’t give reveal the starting offensive line combination, citing competitive advantages.

“I just saw a guy who was ready to play,” Sirianni said after Mailata practiced for the third straight day. “I’m excited that he’s back and he’s ready to roll.”

If Mailata plays right tackle and Dillard stays on the left side, look for Jack Driscoll to fill in at right guard for Brandon Brooks, who remains sidelined by a pectoral strain, and for rookie Landon Dickerson to remain at left guard.

Johnson will become the fourth starting Eagles offensive lineman this season to be sidelined at least two games, joining Brooks and left guard Isaac Seumalo, who’s out for the rest of the season with a foot injury that will require surgery.