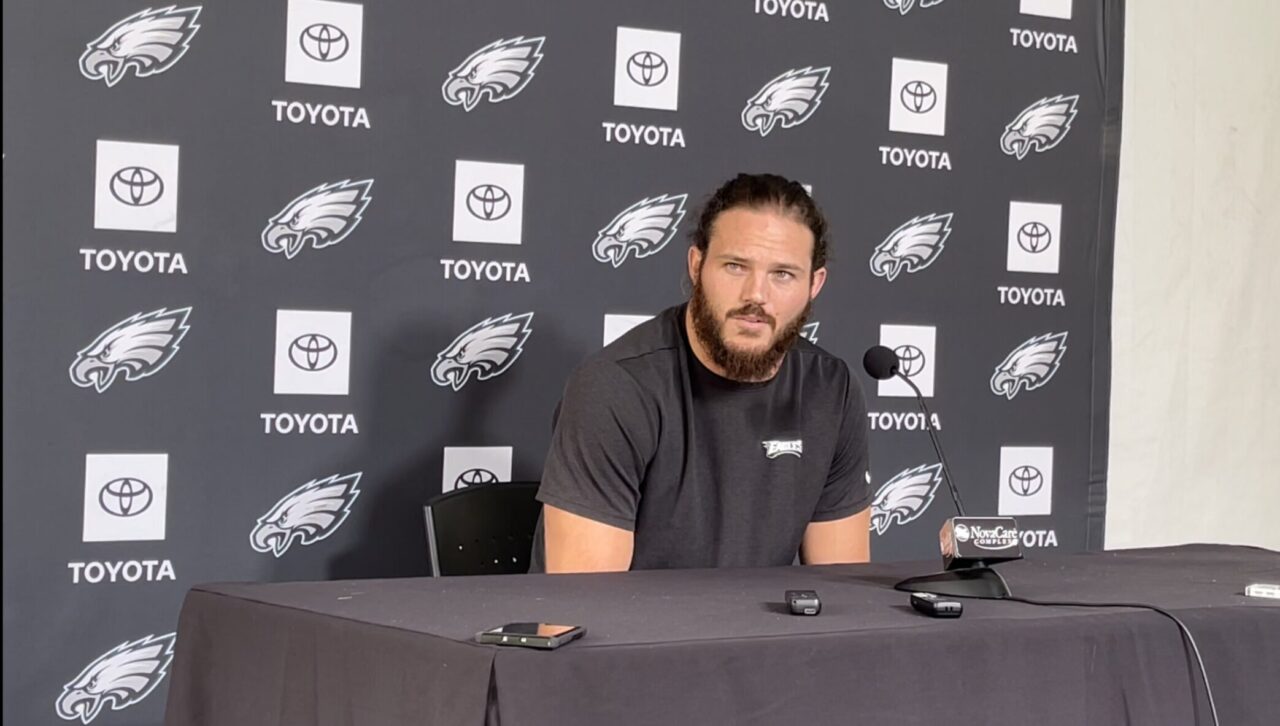 Four games into a transitional season, a reeling Eagles defense has struggled to forge an identity under first-year defensive coordinator Jonathan Gannon.

Gannon’s calling card appears to be scheming to prevent explosive plays – a stark contrast from the previous regime – but it’s come at the expense of his run defense.

He hasn’t found the transition to be overly disconcerting.

“Honestly, not crazy,” he said Thursday. “Last year, obviously, we were just a big Cover 3 team. But whether you’re quarters, Cover 2, the ‘backers are hook players – obviously the MIKE’s the middle runner in cover 2.

“Obviously, you just have to know different calls, but we’ve been doing it now for five, six months. Most NFL players can probably play pretty basically Cover 4 and Cover 2 whether or not they’ve ever played in that scheme or not.”

The 27-year-old Singleton belongs to a perpetually underwhelming contingent of Eagles linebackers that has, once again, fallen under intense scrutiny after a pair of troubling losses.

Residing at the heart of the defense, Singleton and free-agent addition Eric Wilson were supposed to showcase their signature sideline-to-sideline range, athleticism, and coverage prowess in this new-look defense but have instead spent the past two weeks haplessly attempting to fill gaps and aid in run defense.

The team’s undersized linebacker tandem are certainly culpable for the ongoing run defense woes, as they aren’t nearly as adept at attacking downhill as they are flowing laterally.

And though it’s appeared that Eagles linebackers are being swallowed up at the second level by offensive linemen, opening big holes that lead to chunk. plays, Singleton views it differently.

“I mean, with our D-line, we don’t normally get a lot of linemen on us, anyways,” Singleton said. “Those guys – you know who they are – obviously, with how [Javon] Hargrave’s playing, how Fletch [Cox] plays, the D-ends. I’ll sit behind them all day and love them up. Obviously, when we’re in a lot of the two-high, you sometimes have to play two gaps, so you gotta kind of have to read it out.

“As a defense, you’re saying, ‘We’ll give up three to four or five yards on run plays.’ It’s just, you can’t do that for four quarters. If they’re gonna continue to do that, you have to get into one-highs, where it’s one gap and then we come downhill and all the gaps are full, so now you’re giving up one or two.”

Lately, runs against the Eagles have been more of the three-to-five-yard variety.

While Gannon’s scheme should eventually evolve into a more balanced mix of coverages, the first-year defensive coordinator must revert back to the drawing board for Sunday’s game against the Panthers to conjure ways to mask deficiencies and best utilize his personnel.