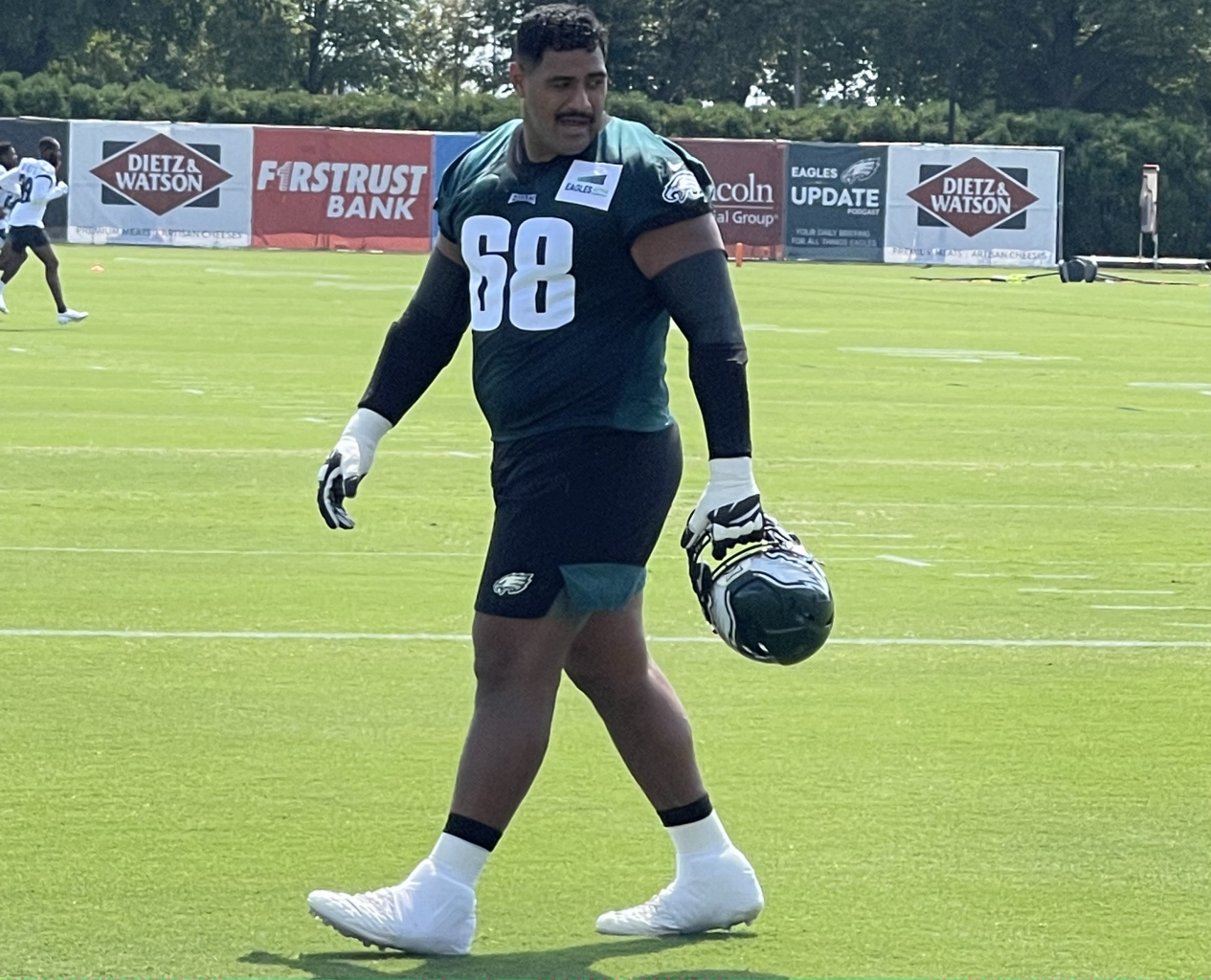 (ITB photo: Jordan Mailata will be limited at practice Wednesday)

The makeup of the Eagles’ offensive line for Sunday’s road game against the Panthers remained a mystery as the team reconvened Wednesday at the NovaCare Complex.

Eagles head coach Nick Sirianni said right tackle Lane Johnson had “not returned to the team” and wouldn’t practice Wednesday as Johnson continues to deal with a personal matter that took the eight-year veteran away from the team for Sunday’s 42-30 loss to the Chiefs.

On the flip side, Sirianni said left tackle Jordan Mailata, who’s missed the past two games from a knee sprain, would be a limited participant in practice. Mailata sprained his MCL in practice before the Week 3 game against Dallas. More information about Mailata’s status against the Panthers should come out as the week progresses.

Offensive line depth is in peril for the Eagles, who on Tuesday placed backup guard Sua Opeta on the Reserve/Covid-19 list, leaving the Eagles thin at the position. Backup linemen Andre Dillard, Landon Dickerson, Nate Herbig, and Jack Driscoll each started against the Chiefs, with Johnson and Mailata and right guard Brandon Brooks each sidelined and with left guard Issac Seumalo lost for the season from a Lis franc foot injury.