Sirianni: ‘No Update’ On Lane Johnson 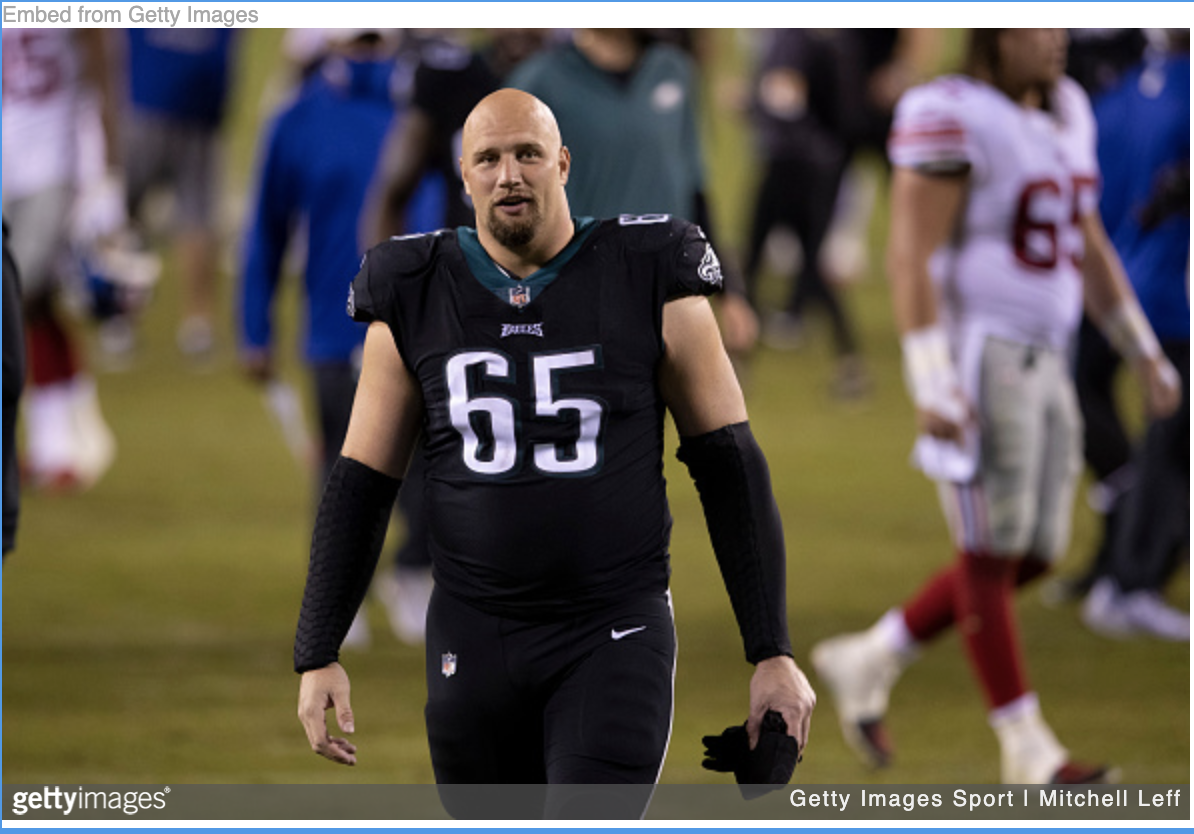 Nick Sirianni praised the job performances of offensive linemen Jack Driscoll and Nate Herbig against the Chiefs on Sunday at the Linc, and it appears there’s a chance that both will be summoned again for Sunday’s road game against the Panthers.

Sirianni had “no new update” Monday on the status of right tackle Lane Johnson, who didn’t dress against the Chiefs for a personal matter that Sirianni didn’t disclose after the game.

On Monday, Sirianni still had no answers for the absence of the veteran Johnson.

“Like I said [Sunday], he’s going through a personal matter,” Sirianni said, “and we are just going to keep it at that. I have no new update.”

The Eagles, losers of three straight, are off Tuesday and reconvene for practice Wednesday to prepare for the Panthers, who just suffered their first loss of the season to the Dallas Cowboys.

Even without Johnson, the Eagles put up 461 total yards in their 42-30 loss to Kansas City. Quarterback Jalen Hurts passed for two touchdowns, completed 67 percent of his passes and was sacked three times.

Herbig, who filled in at right guard in place of injured Brandon Brooks, and Driscoll, who filled Johnson’s void, both logged extensive playing time last year as the decimated Eagles played the most offensive line combinations in the league.

Sirianni  didn’t know Johnson wouldn’t be available until a few hours before kickoff. Driscoll, a 2020 fourth-round pick, had just been activated Saturday onto the 53-man roster after missing the first three games from a pectoral strain that landed him on injured reserve. Last week was Driscoll’s first week of practice since the end of training camp.

“As far as Jack and Nate, the guys that stepped in, I thought they did a great job,” Sirianni said. “I really did. I thought they battled. They got put in a situation where they had to come in and step in and they did a very good job of that. [It is] a tribute to Howie [Roseman] and his staff of building depth at that offensive line. I just can’t say enough for how Jack Driscoll and Nate Herbig played.”