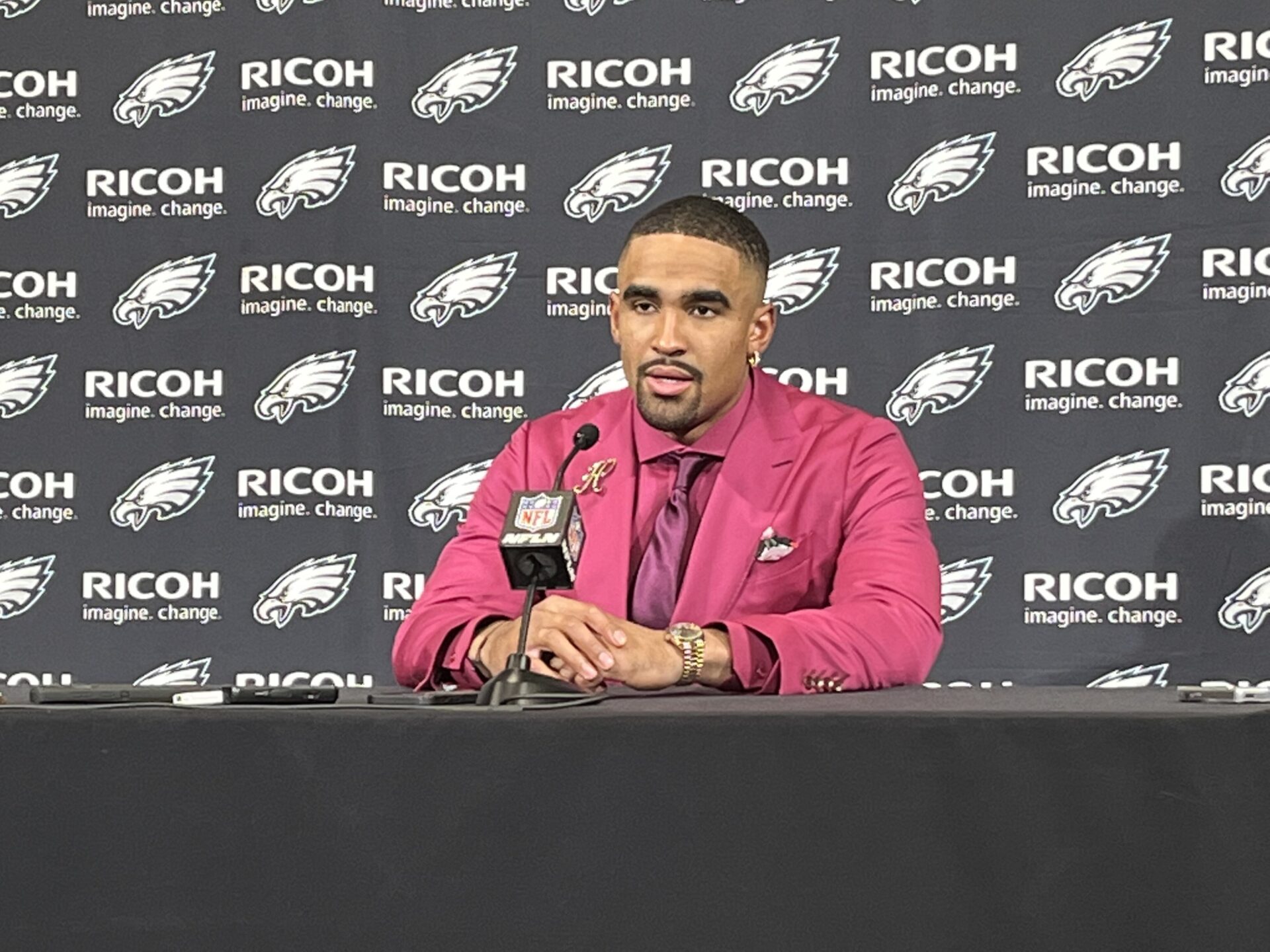 ‘It’s How You Respond’

PHILADELPHIA – A stylish magenta suit adorned Jalen Hurts as he took the podium minutes before midnight. The ever-stoic 24-year-old quarterback, who was among the last players to vacate the Eagles’ locker room Monday night, promptly began answering questions in the wake of the team’s first meaningful loss since last January. “It was just an…